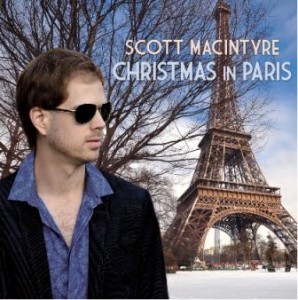 Shortly after his eighth place finish on American Idol in 2009 singer/songwriter Scott MacIntyre released an EP of Christmas music called “Christmas Angel.” Since that time, fans have been clamoring for a more full-length version of holiday themed material and MacIntyre’s new album, “Christmas In Paris” delivers the goods. His fresh take on traditional songs of the season combined with two original compositions (including the title track) is sure to become a part of holiday tradition.

2013 has been a big year for MacIntyre. In addition to the new Christmas album, he continues to speak around the country about his book “By Faith Not By Sight”, which tells his personal story about overcoming adversity. He’s also performed shows with the likes of The Band Perry, Jonas Brothers and Alice Cooper. MacIntyre even relocated from Arizona to Franklin, TN to be closer to the creative community and is in production for his next studio album with an anticipated Spring 2014 release.

I spoke to him about his music as well as his involvement with Donate Life America; an alliance of organizations and state teams across the U.S. committed to increasing organ, eye and tissue donation. Another subject that is near and dear to his heart.

What made you decide to do a Christmas album?

Shortly after I left Idol back in 2009, I did a Christmas EP that included my original song, “Christmas Angel”. Since then, my fans have been asking for one, so this is my first full-length Christmas album.

How did you determine which songs to include?

There are so many great Christmas songs, but in choosing material for the album I didn’t want to do anything that was too “surfacy”. I wanted to stay true to the melodies, but also wanted to dig into the atmosphere and sound scape of each song and create some really interesting textures.

Tell me a little about the title track, “Christmas In Paris”.

I wrote it with two amazing songwriters, Ryan Hydro and Aaron Steenhoven. Ryan was the one who came up with the title and as soon as I heard it, I knew it was going to be something that we could really dig into. Sure enough, once we started writing, we could all tell that it was going to be magical.

What can fans expect from your new album due next year?

The songs for the album will represent another arrival point for me. It’s been an incredible journey having the privilege of working with more amazing songwriters like Cindy Morgan, Steve Dean, Richie Fike and Kyle Lee. Every song on the new album relates to my story and I hope to everyone’s own story as well in some way. It’s going to be a very meaningful album.

I actually started messing around on the piano when I was almost two. I think because of my blindness and not being able to experience the world visually like other people do, I was drawn more to the world of sound. I was just fascinated by hearing the pure tone. Up until I was 15 everything that I played was classical, but I remember my Dad would drive me to school and on the way we’d listen to the pop music station on the radio. It was one of the first times that I was exposed to bands like Creed, Train, Vertical Horizon and Tool. I started picking up on patterns in the music and realized that what they were doing was pretty much the same as classical music. It was just represented differently. It was different from a symphony in that you didn’t have to guess it’s interpretation to understand the story. The words and melody were right there. From that point, I started to think that if I could tell stories with my gift, it could be something that everyone could relate to. It would be a powerful way to connect with people and I knew right then that it was the direction that I wanted to go. 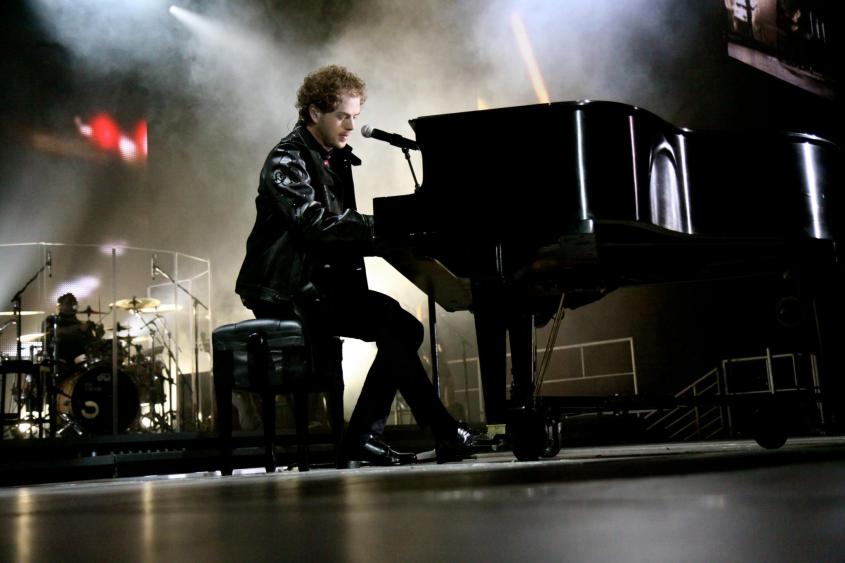 Tell me about how you came to be involved with Donate Life America.

When I was 19, I found out that I had Stage 4 kidney failure. It was a scary time and I went through a lot of adversity trying to figure out what my future was going to be like. I eventually became so sick that I was unable to play piano in my own home. Music is like living and breathing to me, so it was pretty devastating. I was on dialysis three times a week for hours on end having a machine do what my kidneys couldn’t. Then in 2007, the wife of my former piano teacher from college donated her kidney and saved my life. Less than a year later, I auditioned for American Idol. I never really talked about any of it until my book came out last year, but I wanted to share that part of my story with people.

When I met the president of Donate Life (David Fleming), I was instantly drawn to the organization and what they do. It’s something that I can really stand behind because I would not be here today if it wasn’t for that life saving gift. It’s so easy to become an organ donor. It only takes a few minutes to designate yourself as one and what better gift is there than to be able to give the gift of life to the thousands of people who are waiting for life saving transplants.