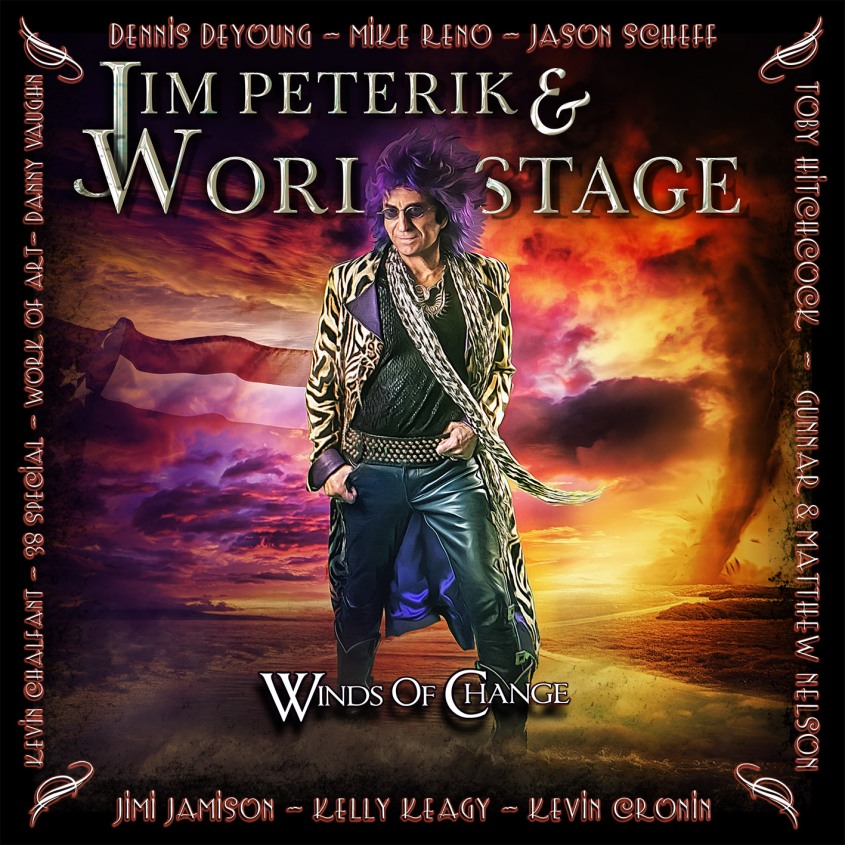 Nearly twenty years after the release of “Jim Peterik’s World Stage,” the legendary singer/songwriter and Ides of March frontman is back with one of the biggest and most grandiose albums of the year, ‘Winds of Change.’

Jim Peterik and World Stage arose from the idea that the musical and spiritual collaboration of great artists and friends could make something magical. ‘Winds of Change’ continues that trend by not only displaying the versatility and talents of Peterik but also the musical embellishment by a seasoned (and legendary) cast of singers, musicians and friends.

I recently spoke with Jim Peterik about ‘Winds of Change’ and more in this exclusive new interview.

Jim Peterik: It was a phone call put me in motion. I’m a non-stop writer. Every day I’m writing concepts and pieces of songs and looking for a reason to rally the troops and put out something meaningful. One day I got a call from Serafino Perugino,who’s a great friend and mentor. He was a big fan of the first World Stage album and told me that it was time for a new album. I got to work and started making calls to the people I wanted to be involved, including Don Barnes [38 Special], Kevin Chalfant, Toby Hitchcock [Pride of Lions], Kevin Cronin [REO Speedwagon], The Nelsons and Kelly Keagy [Night Ranger].

Let’s talk about a few songs from the new album, starting with the title track. What can you tell me about “Winds of Change?”

About a year ago I was writing songs with Don Barnes and Danny Chauncey for a new 38 Special album. One of the songs was called “Winds of Change.” It was my favorite of the new songs we’d written. When I was asked about doing a new World Stage album I asked Don about finishing up a song to use. That’s when he said, “Well, how about ‘Winds of Change’?” I was like, “Oh, hell yeah! [laughs]”. I was blown away. So, I got a final vocal from Don, took it back to Chicago and built the track around it. It was a blessing that he let me use a track that was earmarked for a 38 Special album.