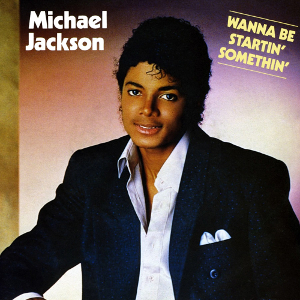 It was a warm day in June when I was finishing up mowing the lawn. A chore I seem to have been relegated to do every week. Even though this day also happened to coincide with Father’s Day, it made no matter. As a father, it is my sworn duty to uphold the length of the lawn. And I would not fail in my duty.

The neighborhood was alive with the sound of picnics and reverie. Boys and girls giving their fathers home made art work proclaiming their love. Families gathering together to pay honor and celebrate Dad with steak, rib and beer. If you have children, it is indeed a good time to be one of those people with the Y chromosome.

As John Deere and I made our final pass on my property, I noticed a car pulling up outside the neighbor’s house across the street. A tan, late-model Cadillac CTS with tinted windows came to a stop and out he stepped: a tall, well-respected African-American man. I recognized his face immediately and guessed by now he must be in his mid to late 60’s. Still looked very much the same as I remember though, no worse for wear. The only difference being he was a little more gray than normal but age will have a tendency to do that do you. But Bill Houston took age in style. Much like everything else from what I remember about him.

Bill had come to visit his daughter, whose been living across the street from me since I moved into my house eight years ago. I’ve seen him there on occasion, but as usual, this time seeing Bill (or Mr. Houston as I know him) emerge from the car had me thinking about the time our paths crossed thirty years ago. Back when I was a bad ass.

It was ninth grade at Shawnee Intermediate School. I was sitting in the cafeteria breaking bread with my homies when HE sat down next to me. That “he” was Jeff, or the Jersey Bomber as he was known in circles around school. How he got that nickname I have no idea. But he was a hard-nosed kid with a permanent chip on his shoulder that hung out with the dudes that were regulars in detention. Most of the time, the Jersey Bomber would joining them there for a variety of incidents he was involved with.

I think he must have flunked ninth grade a hundred times and I even heard rumors that he even smoked cigarettes. I’m sure he could’ve kicked my ass at will but for some reason I wasn’t afraid that day.

As I gulped down the last of my quarter pint of milk the opportunity began to present itself. I noticed another malcontent named Tom emerging from the lunch line carrying a tray with a slice of rectangular pizza and tossed salad. Tom was a bit of a geek who always seemed to be getting into fights with other kids for no apparent reason. He didn’t even care if he would win or lose. I think he just liked to fight for the sheer enjoyment of it and didn’t care what the consequences might be.

I began to laugh to myself when I thought of some of the battles he waged over the course of the school year. Silly “fights” that consisted of noogies, wedgies, hair pulling and the literal kicking of asses. Suddenly, the little devil on my shoulder popped up and whispered into my ear. What happened next became a blur.

I quietly leaned over and told the Bomber that Tom had been talking about his Mom and saying all kinds of bad things. I’ve never seen a kid get up as quick as Bomber did. It takes a strong man to just leave a slice of school pizza sitting on the tray. School pizza is the pen-ultimate of meals. I would have at least finished it first.

But the next thing I know Bomber and Tom are doing battle in the middle of the cafeteria. Tossed salad is covering the floor and the two are slipping and sliding on the lettuce while the other kids cheer them on.

Within seconds the lunch duty teachers had separated the boys and dragged them out to parts unknown. Well, by unknown, I mean Principal Houston’s office. That’s where all malcontents went to face the judge and jury and be punished for their actions. I thought nothing more of the battle that had just been waged. I disposed of my garbage and headed back to class an extra slice of pizza fuller than usual.

While sitting in English class a short while later the teacher got word that my attendance was required at the ninth grade office. “Me?”, I thought. “Surely they must be honoring me with a Coolness Award or something. Maybe Mom and Dad were picking me up to go get the Atari 2600 I was asking for”. But when I walked into Mr. Houston’s office my dreams of playing Combat and Missile Command were gone as I saw Tom and The Bomber sitting there.

In a nutshell, Mr. Houston put the bad boys in detention. Then he told me for instigating the fight, I would also be receiving three days detention after school. I was in shock as I left the office. What the heck does “instigating” mean anyway? Why should I get detention for something I’m not even sure I am guilty of?

When the first day of detention came I decided I wasn’t going to go. I would fight this. Take it to the Supreme Court if I have to. I am not guilty of this charge. I couldn’t wait to confront Mr. Houston again and tell him so. Heck, he might even forget about it and I’d be off the hook. But sure enough, the very next afternoon he called me in to his office again. This time it was one on one. Mano-a-mano.

Mr. Houston asked me why I didn’t go to detention and that my punishment for not showing up was now five days detention. I told him that there was no way I was going to go. He then informed me that if I did not show up, I would be suspended for three days.

Suspended??? The thought of me being in the same category as the Jersey Bomber was most definitely NOT appealing. I saw myself standing on the street corner while the other kids were in school. Maybe even attempting to light up a cigarette of my own and then choking on it. Yeah, I’d be REAL cool.

I pleaded with Mr. Houston and asked him why he would do this to me. “I’m innocent of this thing called instigating” I told him. That’s when he handed me a dictionary and showed me the definition of instigator and asked me “Was this you?”

I was silent. He had me, guilty as charged. I HAD started the fight and needed to accept my punishment. James Wood in detention for the very first time. Who’d have thunk it?

Those five 90-minute detention periods after school were some of the longest of my life. As a kid, coming home from school on the bus at 5:30 p.m. is not something you look forward to. But I accepted it. I paid the price.

As reality came back, I noticed I was still day dreaming about school and forgot to power off the lawn mower.  Mr. Houston, now long retired from doling out advice and detention, was already inside celebrating Father’s Day with his daughter.  I wanted to go over there and knock on the door but thought it might be kind of strange to thank a man thirty years later for the life lesson and teaching me the meaning of a new word.

One that will always stick with me.