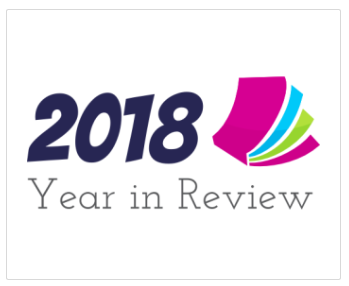 As a musician and writer, 2018 has been the best of year of my life. Not only did I complete more than 124 interviews for this blog, GuitarWorld.com and AXS.com over the course of these last twelve months, but 2018 also marked a trifecta of amazing milestones for me.

I began this whole writing journey with a single, simple Facebook resolution I made to myself on New Year’s Day in 2011. If you’ve been a regular follower of this blog over the last seven years, you’ll know that its the same one I post every January 1st to remind me of how it all began and just how far I’ve come:

Keeping that promise to myself over these last seven years has been an amazing ride, but 2018 saw three of the biggest, pinch yourself moments ever. Things I only ever dreamed about doing. So, as this year comes to close, I’d like to revisit them one more time.

2018 started out with a trip to Los Angeles in February for a once in a lifetime experience at Rock & Roll Fantasy Camp. Not only did I get to jam with two guys from my all-time favorite band, REO Speedwagon, but I also had the rare opportunity to perform on stage with Night Ranger at The Whisky A Go Go! Joining me that night were Craig Goldy (Dio) and three guys, Bobby, Rik and Tom, who I’d never met before but who quickly became friends and bandmates I’ll never forget.

I’ll let you in on a little secret: all the while I was in L.A preparing for Rock & Roll Fantasy Camp, I was also busily putting the finishing touches on something I think every writer dreams about doing, and in May of this year that dream finally came to fruition with the release of my first novella, “Neapolitan Sky.” 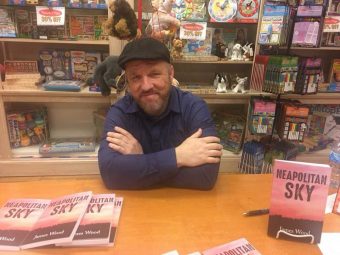 The story about Nica Mitchell’s journey actually began in the Summer of 2017 and took nearly six months to complete. It was a labor of love, pain and constant rewrites and second guesses. When I finally put the pen (or in this case, the lid of the laptop) down, I had the good fortune of having more than a dozen of my friends help me by being test/proof readers and editors. Their input and experience was invaluable in getting the story ready for publication. Following the release of “Neapolitan Sky,” I also had two amazingly successful book signings in Bethlehem and New Hope, PA.

Equally as surreal as the physical book was the release of an Audible version, which was read by one of my favorite artists and actresses, Ashley Watkins. Where I had brought the words of Nica Mitchell and her friends to the page, Ashley literally brought them to life!

But perhaps the biggest, and most exciting, event of the year came just a few weeks ago with the release of my first two interviews in the pages of Guitar World magazine. As a guitarist, I’ve been absorbing this magazine like religion every month since 1985. It’s a bible for any aspiring guitarist. Having already been blessed (religion – bible – blessed, get it?) to write for the website for nearly six years, getting the opportunity to contribute content to the physical magazine was another dream come true. When you open the magazine and see your name printed on the page right next to some of your guitar heroes its not only poweful, it’s humbling. Moreover, it’s proof that hard work, networking and kindness pays off.

Next year will mark another major milestone as I’ll be turning fifty years old. But as I look to that day with both fear and wonder I’m reminded that each and every day is part of the journey. Collectively, I look back on these last seven years and can’t believe some of the things I’ve accomplished. I’ve met so many amazingly talented people along the way. Not just actors, musicians, artists and filmmakers. In many cases, these are people who’ve become dear friends to me. Friends I’m proud to have in my life and ones who inspire me to do better.

Here it is in a nutshell: Since 2011, I’ve done nearly 2,000 interviews and articles, released three children’s books with one of my dearest friends, wrote my first novel, and have rounded out 2018 with two interviews published in the pages of Guitar World magazine. Even with all of that it still feels like I’m just getting started. There’s so much more to do, and I can’t wait to get started. As a preview, I already have an interview on deck with Def Leppard, who will be inducted into The Rock & Roll Hall of Fame in 2019. I’m also halfway through my new book, a prequel to “Neapolitan Sky” that’s set in the year 1986!

Please don’t read that last paragraph and think I’m tooting my own horn. I’m nobody special. What I’m trying to say by writing it down is that if I can do it — so can you. Dreams don’t just fall into your lap. You have to go out and make them happen. And sometimes, all that can start with just a simple resolution:

“I’ve resolved to do some writing. So here goes:”

I hope reading this blog will inspire you to do the same thing I did on January 1st, 2011, and that is to make a promise to yourself for 2019. A resolution to do something you’ve always dreamed about. Take the first sentence of my resolution and change the word “writing” to something you’re passionate about. Then go out and make it happen.

Here’s wishing you peace, love, music, art, writing….and all the best for the New Year.