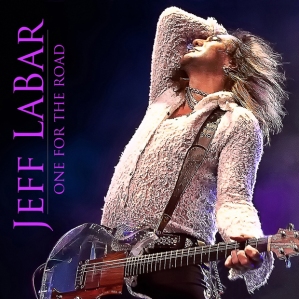 For several years, Cinderella guitarist Jeff LaBar had always promised to make good on his quest to record a solo album.

After years of waiting, the time has finally arrived. LaBar’s new album, One for the Road, was recorded in Nashville with long-time friend and engineer Ronnie Honeycutt and features mixing by Cinderella bandmate Fred Coury, with mixing and mastering by Chris Collier (KXM, Lynch Mob, Lita Ford).

What’s unique about LaBar’s first solo endeavor is that not only does it showcase LaBar’s guitar playing, but it also highlights his singing and songwriting prowess. Aside from drums by Tesla’s Troy Luccketta, all of the instruments and vocals on One for the Road are performed by LaBar, a true “solo” album.

The new album also captures the magic and spirit of a genre of music LaBar helped define. “No Strings” has a classic Cinderella feel, while songs like “Asking for a Beating” and ”Nightmare on My Street” take on a far heavier edge. Then there’s the acoustic-flavored “Hello or Goodbye,” which speaks to LaBar’s folk influences.

I recently caught up with LaBar and asked him about One for the Road, which was released today, August 26, plus guitars and more!

With Jeff Labar by Clicking Here!