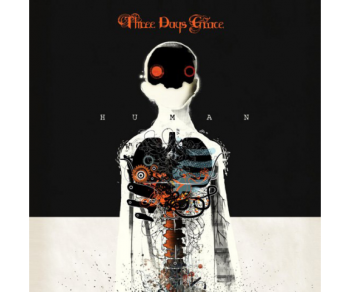 Human, the new album by Three Days Grace, is the first to feature new vocalist Matt Walst, who happens to be the brother of TDG bassist Brad Walst.

Besides bringing a familiar face to the band, Matt’s arrival heralds a new-found dynamic; Human introduces heavier, darker shades to the band’s songwriting and sound. New tracks like “I Am Machine” offer inspired, hook-laden riffs while “Painkiller” tackles more personal topics from a unique point of view.

Human, which will be released March 31, reunites Three Days Grace with producer Gavin Brown, who was at the helm for the band’s platinum-selling self-titled debut in 2003.

GUITAR WORLD: What was it like reuniting with Gavin Brown?

Gavin is awesome because he brought us back to the past. When he’s with us, it’s almost like having a fifth member of the band. He really has an ability to see inside of us and pull out these really deep feelings. He’s also great at making it not just about the lyrics but more like a conversation. He really gets involved in the music and creating sounds, and it was a blast working with him.

How would you describe Human?

Human is the perfect title for this record because there’s been a lot of inner-struggle and loss in the last few years. We’ve had a few people close to us pass on and some addiction and personal issues. This record is really about the last few years of our lives.

We did a lot of writing for this album while we were on the road. It was all about gathering riffs, melodies and vocal ideas. Then we would all get together in a room and start throwing all of the ideas around. It started from there. Songs can come from anywhere. Whether it’s a cool riff, a chorus idea or even just an emotion.