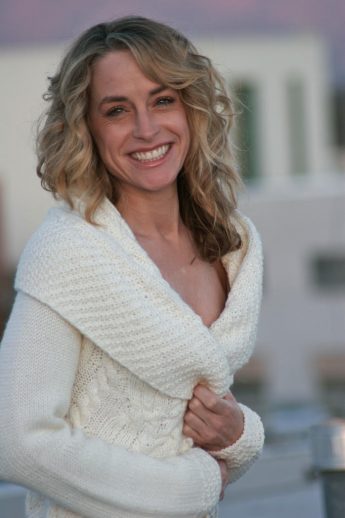 Still powerful in its message and poignant in its relevancy more than thirty years after its release “Powwow Highway,” based on the novel by David Seals, remains one of the most timeless and significant films about the indigenous struggle to preserve their native culture.

The film tells the story of Native American Philbert Bono (Gary Farmer), a reflective and loveable man seeking to gain higher identity through the use of mystical and traditional means. His friend and Vietnam War veteran, Buddy Red Bow (A Martinez), is an adversarial social activist trying desperately to protect what’s left of his Cheyenne Reservation from government interlopers and greedy land developers.

The story takes a unique turn when the duo goes on an unexpected road trip in a rusted-out car to rescue Red Bow’s sister, Bonnie (Joanelle Romero), who’s been wrongly accused and arrested in Santa Fe, New Mexico. Along their journey, Red Bow’s hard-edged view of life and the world around him is put to the test by Philbert’s resolve and undying faith. Together they will learn the true meaning of their heritage, friendship and love.

The award-winning film, which includes the coveted Filmmakers Trophy at the 1989 Sundance Film Festival, was produced by late Beatle George Harrison and features a rich soundtrack that includes songs by Robbie Robertson, U2 and Creedence Clearwater Revival.

Amanda Wyss, who’s intense portrayal of the flawed Meridith Lane in the 2015 psychological thriller, “The Id,” is equally as brilliant in “Powwow Highway” as Rabbit Layton, a fiery Texan who plays an important role in the film’s climatic third act.

Although filmed in the late 1980s, the messages behind “Powwow Highway” tragically continues to stand the test of time.

I recently spoke with Wyss about the 30th anniversary of “Powwow Highway” and more in this exclusive new interview.

When you look back on “Powwow Highway” with so much perspective what thoughts come to mind?

It doesn’t feel like thirty years have gone by because I remember it as if it were yesterday. It was exciting on so many levels. First, it was based on real characters and we had an amazing cast of brilliant actors like Gary Farmer, A Martinez and Joanelle Romero. George Harrison produced it and Robbie Robertson was doing the music. We filmed it as a road movie in Montana, Wyoming, South Dakota and New Mexico and everyone became immersed in the story.

Why do you think the film remains timeless and relevant so many years later?

It’s amazing and tragic at how so little has changed. That’s why it remains so relevant. From working on the film, I learned a lot about the activism side and how hard different reservations have to fight against the government just to maintain their land, culture and resources. I walked away from the film with a deeper respect for the people fighting to protect and preserve what they have left. It’s made a lifelong impact on me. But we all share a similar deep connection. Jonathan Wacks [director] went on to teach film at the College of Santa Fe for many years. Joanelle also goes there a lot. She created The Red Nation Film Festival, which showcases indigenous filmmakers. She’s a great actress, singer-songwriter and mother.

What initially attracted you to the story?

I was sent the script and knew right away it was a part I had to play. I loved Philbert Bono (Gary Farmer) and the character of Buddy Red Bow (A Martinez) and their relationship. I also loved that it was set in the southwest and based on real people. The character of Rabbit Layton was so fun. I felt her in my bones.

Do you have a funny story to share about the role?

I remember going to read for the role and it was put on tape. I had a hair appointment later that afternoon and dyed my hair red and the color didn’t come out right. I was resigned to having to wear it for a while but then got a call back and had that put-on tape as well. Up to this point, I hadn’t even met the director and got a call from him later that night offering me the role. I’ll never forget what he said: “You know, it might have just been the lighting, but on camera your hair looks pink” [laughs]. I admitted to him that it was and he asked if there was any way I could put it back to blonde. Give credit to the wonderful hairdresser because I had about five days to change it back.

What were your thoughts when the film won the Filmmakers Trophy at Sundance?

It was thrilling. We didn’t celebrate it there but we knew it was special because its message and story was so powerful. I feel lucky to have played a part in telling it.

Do you ever foresee yourself getting on the other side of the camera at some point?

I have a strong desire to direct and hope that will be my next phase. I love the idea of not just having a microcosm of a movie as an actor but an overall view of the story and all of the little pieces. To be able to put people together on the same page as you are about the story you want to tell and how you want to tell it. I’d be very excited to do that.

What role would you consider to be your deepest dive as an actress?

One of my deepest dives was “The Id.” It was an extraordinary experience with people who protected and enabled me to go down a rabbit hole that was deep and messy. I felt totally safe because of the director of photography, the director and producer. It was a huge learning experience for me and a powerful, creative moment. I like playing characters with a dark side that gets revealed and feel very fortunate for the people who’ve given me the opportunities and roles I’ve been able to play.