I’m not a big fan of reality television. It gets old quick when the biggest shows are singing competitions and celebrity dance offs. 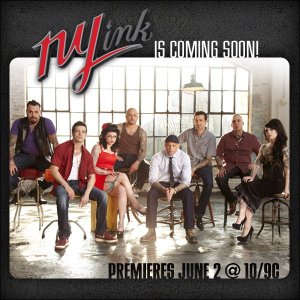 I’ve also grown tired of watching single bachelors choosing a soul mate from dozens of women only to read about their break up in People magazine six weeks after the show ends as they try to come to grips with what went wrong.

And please, don’t even get me started on the show about the beach.

Sadly, I began to accept the fate of having to spend the end of every night mindlessly dialing 1-800 numbers. That is of course, until I stumbled upon New York Ink.

New York Ink is a new “reality-based” show on TLC that follows the events of famed tattoo artist Ami James as he opens a tattoo studio, The Wooster Street Social Club, in the SOHO district of New York City.

Being a tattoo virgin, I initially just tuned in to see what the whole tattooing process was about. What I discovered was a refreshing change from the otherwise mundane variety of shows that currently dominate the TV dial.

Most of New York Ink deals with the day to day struggle of Ami trying to make a go of it in New York. Of course, there are the clashes with staff members and all the drama that goes with it (very typical in reality shows). But what sets this show apart from all the other standards is the real “human” element. That ace in the hole being the clientele that come into the studio to get tattooed.

For in between shouting matches among staff and Ami’s frustration with the business being slow are scenes of customers coming in, getting their tattoo and telling their story. This is where the show really shines.

First, each client gives the artist an idea or sketch of what they have in mind for a tattoo. After it’s drawn up and the tattooing process begins we are treated to the back story of why the person chose the particular piece.

I’ve heard wonderful tales of people getting tattoos to commemorate the loss of loved ones, their experiences from 9/11 and even how they’ve overcome other impossible odds.

Afterwards, when the final piece in unveiled, there is a flood of emotion that both the client and artist share. Many times, at least for me, it’s very moving.

This show made me rethink my original negative feelings about tattoos. I never fully understood the real reason why some people would get one. It’s wonderful when a show can change the way you feel and New York Ink does just that.

The season finale of the show airs this week and there’s drama that an artist is leaving and Ami may also lose the shop. But none of that concerns me. In “reality”, I know Ami, Megan and the rest will all be ok.

I’m tuning in because I want to hear more stories about the art of being human.