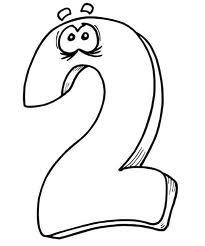 Most of the time I abide by the creed that I’m number one but for some reason I feel like number two today. I’m not really sure what I did to deserve this either. I mean, I woke up in a pretty good mood. I had the day off from work (always a good thing), the sun was shining on a cold, crisp day in mid January and I had just cleaned the Keurig the night before so I knew the coffee was going to be fresh. I anticipated a quiet day of doing absolutely nothing but being in my nice warm jammies and socks, drinking coffee and watching TV. Sadly, things just went down hill from there.

Although my initial thoughts were to spend the entire day on the couch my wife had other plans. Today, in addition to it being a holiday for her and a vacation day for me it was also garbage day and since I had the day off I had decided that before coffee I should quickly go out into the yard and gather up the number two my Boston Terriers had deposited in the yard over the past week. Not a pleasant job mind you but one that needs to be done regularly before the mole-hills becomes mountains if you catch my drift. Number two is also not something you want lying around in your garage for another week until trash day rolls around again.

So, as the Keurig started to percolate I slipped on my best pair of sneakers, coat and rubber examination gloves, grabbed a large plastic bag and made my way out onto the frozen frontier.  A man on a mission.

As I made haste around the perimeter of my yard extracting and being extra careful not to step into any stray number two I couldn’t help but think about the number one reason I hurried along: the fresh coffee that awaited me. The reward I’d receive for collecting number two.

Having finished the job I tied the bag of number two up and placed it into the garage. Feeling victorious, I quickly went upstairs to remove my sneakers and get back into full “day-off” mode. But just as I placed my sneaker on the bed to adjust my sock a disturbing aroma began to fill my nose. It was number two… but from where? I hastily looked to where my sneaker now sat and confirmed that even though I thought I was careful, number two had somehow made it onto my sneaker. And now, not just on my sneaker but also on my bed as well. And to make matters even worse, it was the side of the bed that I sleep on.

So I went into the bathroom and cleaned the number two off of my number one sneakers. Once finished, and with stage one of caffeine headache (or lack there of) beginning to set in, I tore the bed linen off, put it in the laundry basket and hastily made my way down to the laundry room to clean the number two linen.

As the hot wash cycle began I made my way to the powder room to wash up and finally partake in cup of coffee number one. I began to wash the last remnants of number two off of me and at that moment I heard my daughter yelling from the other side of the door. “DAD…Are you almost done?” Now I don’t know about you, but from my experience when someone is standing outside of the bathroom door asking if you are almost finished it usually only means one thing. Yup, number two.

“I’ll be out in a second”, I said as I finished rinsing my hands. But number two waits for no one and apparently she decided to go upstairs and use another bathroom instead. So, with number two now gone from the yard, my sneakers, and in the process of being cleaned off the linen I finally made my way to the kitchen to my awaiting coffee.

I slowly raised the coffee cup up to my lips fully anticipating heaven and the angels to start trumpeting but instead heard the heart wrenching call coming from upstairs:

Without even taking the time to enjoy the first sip I put down my #1 Dad coffee mug, grabbed the plunger from under the sink and made my way upstairs.

So that’s how my day has been so far and why I feel like number two. Oh, did I tell you that I had to take the dogs to the vet today too? And you’ll never guess what the vet wanted to do while we were there? I’ll  give you a hint: It has to do with number two.

I sure hope my day gets better.

I hope yours does too.