Director/Producer David Rountree was all smiles saying that “we were thrilled just to be accepted into Indie Fest. To win in four major categories was a tremendous accomplishment for our film. Winning has really been a reward for all of the hard work that so many people have put forth into making this film what it has become.” 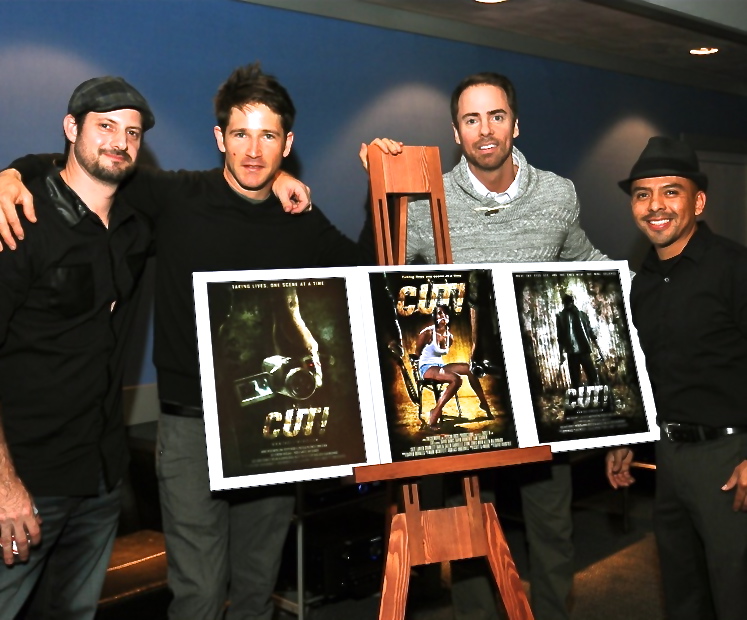 The Indie Fest recognizes film professionals who demonstrate exceptional achievement in craft and creativity, and those who produce standout entertainment or contribute to profound social change. Entries are judged by highly qualified professionals in the film industry. Information about the Indie Fest and a list of recent winners can be found at www.theindiefest.com.

In winning an Indie, Psycho Rock Productions joins the ranks of other high profile winners of this internationally respected award. Thomas Baker, Ph. D., who chairs the Indie Fest, had this to say about the latest winners, “The Indie is a very difficult award to win. Entries are received from all around the world. The Indie helps set the standard for craft and creativity. The judges were pleased with the exceptionally high quality of entries. The goal of the Indie is the help winners achieve the recognition they deserve.”

You can check out my interviews with the cast of CUT! below.
The film is expected to be released theatrically this summer: