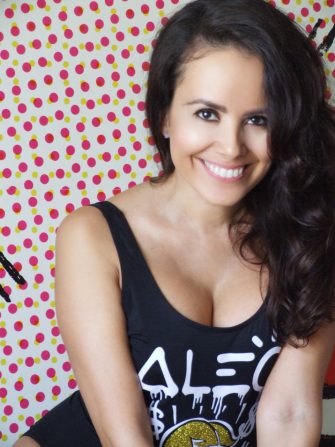 A botched Christmas Eve robbery leads down a destructive path for a police officer reconnecting with his estranged mother, a coming-apart-at-the-seams amateur photographer, his vindictive and murderous fiancee, her secret lover and a strung-out mall Santa…as they all converge in one explosive and deadly night.

“Christmas Crime Story” is a new film starring Eric Close, Adrian Paul, Scott Bailey and Neraida Bega that’s set in Los Angeles during the holiday season. The film revolves around multiple characters whose lives unexpectedly intersect before, during and after a liquor store robbery.

With a cool linear storyline and beautifully shot cinematography combined with engaging characters and systemic plot twists, “Christmas Crime Story” is not your typical happy holiday fare, but for fans of films like “Memento” and “Reservoir Dogs” it just might make the perfect gift.

Sara Castro plays the role of Kasey Edwards, the wife of a mall Santa and mother of a child suffering from cancer. It’s a role somewhat similar to the one the beautiful actress played with conviction in 2013’s “The Shift”. But here, we continue to find Castro’s development as an artist both emotionally engaging and refreshingly relevant.

I recently spoke with Sara Castro about “Christmas Crime Story”, her career and more in this exclusive new interview.

How did you become involved in “Christmas Crime Story”?

I had worked with one of the producers [Vince Lozano] on another film, “Halfway to Hell” and we stayed really good friends. He often said that he’d loved to work with me again and when this part came up he thought of me for the role. I went in for a reading with him and the other decision makers and everything went well. A month later, they called me with the news and we were off and running.

What was it that attracted you to the role

I’m really into unpredictable films and love challenging myself. This was a similar character to what I’ve played in the past but with a completely different backstory.

What can you tell me about your character, Kasey Edwards?

Kasey is a wife and mother who’s overwhelmed by everything that’s going on with her family. Both she and her husband have a lot of personal issues. Their daughter is dying of cancer and Kasey’s relying on her husband to help get them out of financial trouble. It’s a sad ending for her.

Kasey has such an emotional arc to her story. Is there anything you do to prepare for such a role?

I like to write a backstory on the character so I know where she’s coming from. I think you have to give a character some background substance to know where you’re heading. When I write a past it also helps me mold the character and give her colors. So, when I’m on set and do become the character, I’m able to embrace it and include a little bit of Sara in Kasey.

What kind of a backstory did you write for Kasey?

I believed Kasey got married at a very young age and at some point her husband was a very important person in the world. Then their daughter got sick, he lost his job and it all just crumbled down from there and became a constant struggle.

It was a pretty fast shoot over a two-week span. The diner scene was shot in downtown L.A. at an old diner that was actually closed, and they re-opened it for us. 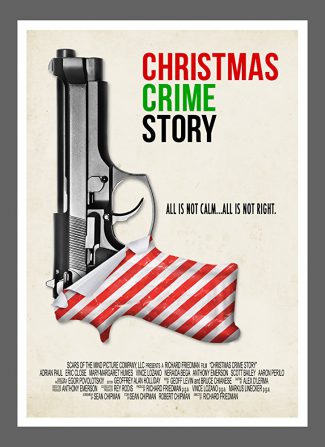 How has he reaction been to the film?

It’s been great. It was picked up in September for distribution and has been out ever since. It’s a great indication that people are really connecting with it.

Have you ever given thought to getting on the other side of the camera at some point?

I think I’d love to direct one day. It’s another interesting and creative side of the job. It’s definitely something I’d like to pursue in the future.

What are you most looking forward to about this next phase of your career?

I’m looking forward to longevity. As long as there’s longevity and something new coming up I’m happy. The unpredictable and the unknown is also exciting, because it means anything can happen at any moment. Personally, I’d love to travel and be bi-coastal. I have family in Chicago and would enjoy going back and forth. It would give me the opportunity to see them and really be a dream come true.