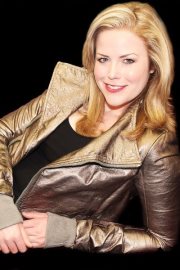 That’s what you get from the debut EP of blues rock artist Julia Alyce. A collection of music that Julia co-wrote in collaboration with music producer Maia Sharp.

An album that any fan of the aforementioned artists should add to their collection.

Julia’s in it for the love of the entire music process. Not for any individual moments but for the entire ride. The whole production has a “cosmic” vibe to it as well.

While working with her vocal coach in Los Angeles prior to recording the album, Julia mentioned to him that some of her biggest influences were artists like Bonnie Raitt and the Dixie Chicks. Shortly after that exchange a friend connected her with Maia Sharp, who just so happened to have worked with…wait for it: Bonnie Raitt and the Dixie Chicks. If that’s not a sign then nothing is.

All three songs on the EP reflect different aspects of love.

“Love Me or Let Me Go” – Julia’s “baby”.  Written ten years ago at a time when she was frustrated in the moment. A story of a cat and mouse game of mixed messages being played out. Just when you think you’re at the point of being wanted they suddenly push you away. It’s back and forth drama until the conclusion is finally reached: Just love me, or let me go.

“Since I Met You” – A song about the feeling you get when you’re not sure if you’ll ever find that special person and what its like when you finally do. Something so deep that everything looks new. Just letting go and how it feels.

And now I’m seeing everything, in a way I’ve never seen it

“Innocent”– A song written by M. Sharp, M. Daly, and L. Lucas. Julia chose this song even though she didn’t write it because she could honestly relate. Having been in that situation where someone is living in the past and trying to be with them in the present without baggage. All the while thinking, “Hey, I’m innocent!” 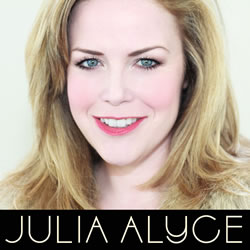 The song “Love Me or Let Me Go“ also has taken on a life of its own and become Julia’s first music video. A fun video with universal appeal that’s a cross between Annie Lennox’s pop 80’s work and Robert Palmer’s “Simply Irresistible“.

Julia’s musical journey is actually a three-part plan. The first part was working with Maia and recording the EP the way she wanted to.

The second was creating the music video to give a visual representation of her and the music she represents.

The final piece of the puzzle is a music project Julia is immersed in now in Los Angeles. She’s putting together a specific sound by selecting a group of musicians who are not only passionate about the music, but also bring a special magical quality to the table to help take her show on a grassroots tour nationwide.

Julia says the timing of these artistic elements are key, but at the same time she’s not compromising her goal which is to be out there touring and interacting with her music fans for a long long time.

You may think that with a plan this ambitious it might be a bit challenging but not according to Julia.

If her EP and music video are any indication, the future for Julia Alyce looks very bright indeed.

To book Julia Alyce contact her manager direct at: JuliaAlyceMusic@gmail.com