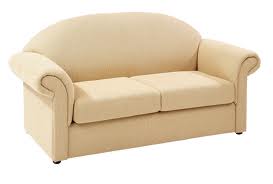 It was a rainy Saturday morning and very apropos if you ask me. I awoke very early to the sound of thunder and could sleep no longer.

As I stumbled down the stairs listening to the rain pound on the rooftop the grumpiness I once had for the Sandman’s lack of personal attention slowly began to subside.

You see, the routine I have every Saturday morning is simple and never changes. I like to sit on my nice comfy couch, drink coffee and read the morning newspaper. My wife and daughter would still be asleep and there’d be no television or phone calls. Just peace and quiet. Caffeine and news print. This was definitely “ME” time.

And the idea that I was awake even earlier than usual only reinforced my joy. I knew that now I’d have even more quiet time alone then usual. So all I could think about was getting the old Keurig fired up, grabbing the newspaper and curling up on the couch. The fact that I could also listen to an early summer rainstorm in the background was a bonus.

The kitchen seemed darker than usual this morning. Natural light had just begun to fill the room and I could see the rain pounding the outside window above the sink. The sound of the refrigerator turning itself on was comforting. But that’s when I noticed something was missing from the nearby family room.

The one that I spend my Saturday mornings reading newspapers and drinking coffee upon was gone. Surprisingly, all of the end tables and lamps were still in their places. Even my beloved 50″ flat screen television that was my portal to Hollywood and grid iron games was still mounted on the wall untouched. Only the couch was gone.

My heart sank as I thought immediately that my home had been robbed overnight. I thought of all the things that would be missing and all of the horrible things that might have been done to my family while we slept.

I reached for the phone to dial the police but noticed a simple white letter lying on the kitchen table. The hand writing on it was one that I didn’t recognize. Too neat to be my daughter and not in the style of my wife.

Something told me to pick it up and read it. The paper was white and crisp and the ink on the page barely dry. I’ll read it to you now verbatim:

I know this isn’t the way it’s supposed to be done. Writing like this. But it’s the only option I have left. I’ve put up with a lot these past few years and I am left with nothing but tears.

Being with you has been wonderful at times. You’ve taught me so much and for that I will always be grateful.

But the time has come to say goodbye. We’re simply not meant to be together.

I’ll always cherish the way you’d leave crumbs from your sandwiches and popcorn lying in my cushions. The long naps we’d take together. The laughs we’d share when you’d “accidentally” break wind on me. But most of all, I’ll remember our Saturdays together.

Sadly though, you have your ways and I have mine. Nothing in the middle seems to make sense.

I do still love you. But the pain that lies beneath the happiness has become more than I can take. We are too good to settle for something that will just never be.

I wish you everything good life has to offer and a happiness that will endure.

A tear came to my eye and there was a feeling of emptiness in my heart. I won’t sugar coat it.  I’m the first to admit that I’m not perfect. And I’ve had plenty of relationships end badly before. I can’t remember if I’ve ever received a “Dear Jim” letter before but there is one thing I do know. I’ve never been dumped by a couch. Ever.

As the Keurig finished brewing I took in a deep breath and blew it out. Rain continued to pound on the roof and for a moment I felt like dashing out and finding my beloved. In the end though I realized I had to just let it go and move on.

I dragged a chair from the kitchen table to where the couch used to be and sat down. The coffee didn’t taste as good as it normally does. I only hope this isn’t a sign of the way Saturday mornings were now going to be.

One thought on “Dear Jim Letter”