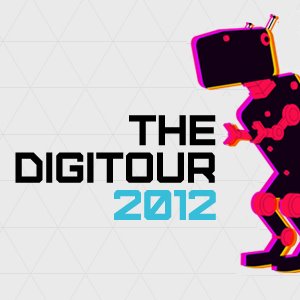 Welcome to the next generation of music. One represented by the talented artists of YouTube who take their show from the comfort and safety of their own homes to cities across the country and around the world. Welcome to DigiTour.

It’s mission? To bring amazing online stars to the stage and bridge the gap between new and traditional media.

In 2010, Meridith Valiando, a music industry A&R powerhouse joined forces with multi-platinum producer Chris Rojas and founded DigiTour. The duo realized that there was an untapped pool of talent in a new media landscape and immersed themselves in it. The artists they discovered online may not have had millions dollars in record company support behind them, but what they lacked in revenue they more than made up for with legions of devoted followers.

This Fall, Tyler Ward, who’s own loyal fans lifted him to the #1 spot on Billboard Heatseeker’s chart with the release of his new EP  “Hello. Love. Heartbreak”, has joined forces with DigiTour on a twenty-eight city North American tour, presented by Intel’s Ultrabook. 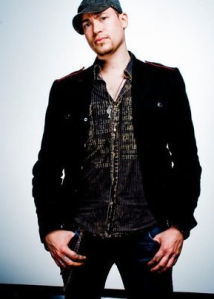 I had the chance to speak with Valiando and Rojas in between stops of the current tour as they begin to gear up for 2013. I also had the opportunity to ask Ward about his experiences being part of the world’s first-ever, large-scale social media tour!

gJg: What criteria do you use to determine who to showcase on tour?

Chris Rojas (CR): There’s no one way that we use to find the talent. It’s a combination of listening to fans who Tweet us about who they’d like to see along with researching the current tide of YouTube talent. We’re always watching videos and keeping tabs. Then there are also the artists who come to us and ask to be a part of it. We’ve had all kinds of styles represented including Pop, Rock and Hip Hop acts. As the tour grows, our reach grows as well!

Meridith Valiando (MV): It’s also less about the style of music and more about the demographics. We really cater to the hard core fans. Our mission is to continue to grow and be the “Lollapalooza” of the Internet. Where we take all of the most relevant pop culture and online stars and you get to see them live with Digitour.

The cool part is, we don’t just play to the venue. We’re also able to live stream, Tweet and access the fan base of the artists. So, while there may be 1000 people in the seats, there are unlimited numbers of fans who can tune in around the world. That’s what makes it so unique.

gJg: What do you have planned for 2013 and beyond?

MV: This spring will be our third annual Digitour proper. In addition to that, we have another tour that we’ll be announcing shortly that’s a slightly different spin on Digitour, but it’s something that’s been in high demand. There’s also a lot of interest overseas as well so there may even be a third one as well.

gJg: How has the use of social media outlets helped you get your music to a large audience?

Tyler Ward (TW): Social media is the platform I chose to really start sharing my music outside of my hometown in Denver. I was taking a break from playing live and started making videos and it literally spread like wild-fire. I went from 400 subscribers on YouTube to 5000 in one month. From there it was just about how much content could I create. I produce all of my audio and most of my videos and push it out to my fans. What I never expected was how my fans would become so involved and share my music with their friends. Now, two years later and 1,000,000+ subscribers the fans through social media have changed my life! I can make music for a living now which is the best gift ever.

gJg: How did you get connected with the DigiTour?

TW: I first heard about the DigiTour in 2011 and how they were able to get “YouTubers” on the road. I was developing my own tour in 2011 so we kinda missed out on working together, but this year they called and had an opportunity to partner on my North American Tour and it’s been a great partnership. I love working with companies that understand the digital space and DigiTour is definitely up there.

gJg: Tell me about your background and how you first got into music.

TW: I first got into music when my mom asked me to play for our church when I was in 8th grade! I picked up bass, guitar, piano (my mom teaches piano full-time) and drums. I played in some bands in college and then transitioned to being a solo artist after that. My YouTube career really took off in February 2010 and the rest is history!

gJg: At one point, you also had a military and football career. What made you decide to change to music?

TW: I grew up playing and loving sports and would definitely call myself a competitive guy. I was honored to receive a scholarship from the Air Force Academy to play football. After some injuries though, I had to stop playing. That was really hard, but then I turned my focus to music and it’s been an amazing journey the last two and a half years!

gJg: What is your process for songwriting?

TW: Writing for me is very personal. I will work with some ideas over a few months and then some ideas come out much faster. Recently, I’ve really developed more co-writing which I love! It’s great to work out an idea with another writer.

gJg: How did you first start getting involved opening up for The Fray, Jonas Brothers and others.

TW: Some of those opportunities came from the first bands I started in Colorado and then when I became a solo artist. It really showed me where my music had the chance to go…and I was hooked after that! For the last 14 months, I’ve been able to headline my own tours in the United States, Canada and Europe which is literally a dream come true! I used to play in bars with 8 people there and now I can go to Prague, Paris and all over Europe and fans show up!

gJg: What are your plans once the tour is complete?

TW: I will probably sleep for like a week! [laughs].

Coming off my European tour and  going right into the North American tour is really exciting. Being able to play my new music live is incredible! Once we finish up, I’ll get back to writing and creating more videos for my YouTube channel. 2013 is right around the corner and I can’t wait to see where my music and fans take me!