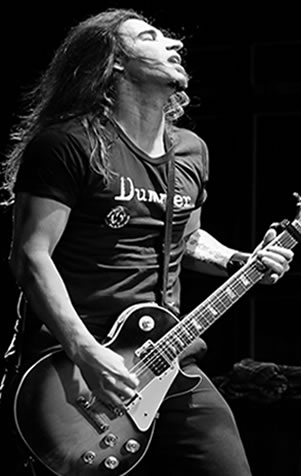 Brian Tichy has built an impressive resume of recording, touring and/or writing with artists like Ozzy Osbourne, Billy Idol, Whitesnake, Foreigner, Lynch Mob and T&N. Known for his phenomenal drumming, Tichy now showcases his equally versatile guitar prowess in S.U.N (Something Unto Nothing), his new project with amazing vocalist, Sass Jordan. S.U.N.’s debut album is reminiscent of the classic big album sounds of the 1970′s. Raw, real music from the days when records were played on a turntable and cranked up to ten.

Proving the old addage that birds of a feather flock together, Tichy and the band were recently joined onstage by guitar god Jake E. Lee for a rendition of the Led Zeppelin classic, ‘Rock and Roll’.  How apropos.

I spoke with Tichy and got the inside scoop on the new S.U.N album and tour plans as well as his dual role as drummer and guitarist.

You can read the rest of my Guitar World interview with Brian Tichy by clicking here!