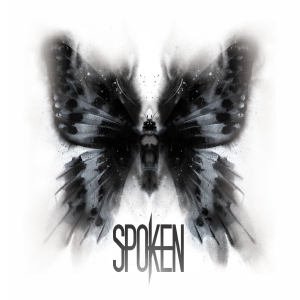 It’s been a long process for Matt Baird, but the Spoken vocalist is glad the band’s new album, Illusion is finally out.

After fulfilling their obligation with Tooth and Nail records in 2007, the band decided to play the field to build momentum and see what fate had in store for them. Over the next few years the band continued to tour and was able to find time in between shows to start writing. The result is an album that appeals to both hard rock and metal enthusiasts. From the opening screams of “Stand Alone” to the anthemic“Through It All”, a song that really hits home, the band is firing on all cylinders.

While on tour with Volbeat, we sat down with Baird to get the inside scoop on Spoken’s new album, Illusion.

Why such a long wait in between albums?

Our fans have been awesome with being patient. We really didn’t plan on it taking 2 1/2 years to write a record. The fact is, we all live in different parts of the country and are touring eight months out of the year. So, it’s really hard to take a month off to write a proper record. We did make time to write and record if we had a few days off in between shows. It was a process, but it was worth the wait. A lot of life happened during those 2 1/2 years and gave us a lot of material to write about. Some of the first songs we wrote were written during times of bitterness and confusion. I’m not talking about within the band, but within our own personal lives and dealing with relationships on the brink of disaster. Then, some of the last songs we wrote were about grace and redemption. So it literally went full circle.