One legend might be leaving town, but another is on his way.

While family members of famed Olympic champion Jim Thorpe petition the courts to have his remains removed from the city that bares his name and transported back to his birthplace in Oklahoma, multi-platinum singer/songwriter Eddie Money will be bringing his arsenal of hits to Penns Peak on Friday, May 10th. Money’s catalog of songs includes many that have become staples of classic rock radio.

After signing a recording contract with Columbia in 1977 and bursting onto the scene with his eponymous debut, fans immediately fell in love with the album’s sound, which featured the hits “Baby Hold On” and “Two Tickets to Paradise.”

Money would follow the success of his debut album with a stream of Top 40 hits, including the 1986 Grammy-Nominated duet with Ronnie Spector, “Take Me Home Tonight”. The song, featured on Money’s “Can’t Hold Back” album, would go on to reach #4 on the Billboard Hot 100. The album also included the hit “I Wanna Go Back”, which reached #3 on the Billboard Mainstream Rock Tracks.

I spoke with Money about his upcoming Jim Thorpe appearance as well as his music and personal mission to help wounded veterans returning home from war.

What can fans expect to see at your Jim Thorpe show?

Jim Thorpe is such a great rock and roll town, and we have a lot of fans there. I’ve written a lot of hits over the years and we’re still doing a lot of shows. I’ve also got five kids, so I’ll do anything to get out of the house! [laughs]

Back when I made my albums, I made them to sound very good live. When people come to the show, it’s almost like they’ve got their radio on and they’re listening to Eddie Money. I’ve had about twelve songs in the Top 100: “Endless Nights”, “Take Me Home Tonight”, “I Think I’m In Love”, “Shakin'”. We’ll open up with “Baby Hold On”, and we’ll do songs like “One More Soldier Coming Home” and “I Wanna Go Back”. I play the horn on “Two Tickets To Paradise”. It’s going to be a great show.

“I Wanna Go Back” is my favorite song that you do. What made you decide to record a version of that one?

I did that song because “I recall hanging out on Friday night. The first slow dance, hoping that I’ll get it right.” C’mon, you can’t get a better lyric than that!

What inspired you to write “Two Tickets To Paradise”?

I had a girlfriend in college and she became an Alpha Phi in her sorority. Her mother would always make her come home to San Francisco every weekend. I had no money to take her anywhere (like Hawaii or the Caribbean), but I do remember really wanting to take her up to the Redwood forest in Northern California on a Greyhound Bus. Two tickets to paradise could be anything you want. It’s like the song says: you’ve waited so long, so pack your bags; we’ll leave tonight. Who wouldn’t want two tickets to paradise?

Tell me about your relationship with the Intrepid Fallen Heroes Fund.

I speak with veterans and their parents all the time. I once met some parents who showed me a beautiful picture they had of their daughter who was in the Marines and died in a bombing accident in Iraq. I wanted to do something for the veterans, and found out about the Intrepid Fallen Heroes Fund. It’s a non-profit charitable organization and I do what I can for them. It’s good because it allows me to give something back. These kids don’t join the service thinking about things like the GI Bill or junior college. They join the service because they love this country. Just like their fathers did in Vietnam and Korea and like my father did in World War II. 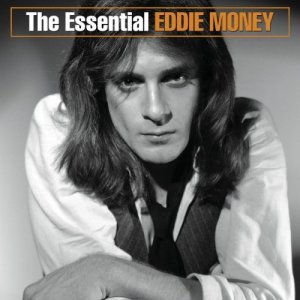 Before your music career, you actually were a New York City police officer. What made you make the switch?

I was in a rock band in high school and then the band decided to move out to California. My father was already the Patrolman of The Year and my Captain started letting me grow my hair long, because his son was in a rock band too. Even though they all moved to California, we always kept in touch and one day, I just caught the bug.

I could have stayed on the police department, but really wanted to get out there. So I quit, moved to California and eventually got a record deal in the late 70’s.

As a singer, what are your thoughts on the instant fame that comes from reality TV as opposed to having to pay your dues?

I’ve always been a lead singer and I think shows like “American Idol” and “The Voice” have their place. I actually wanted my daughter Jessica to try out for American Idol, but Randy Jackson was my executive producer back at Columbia Records, so there was no way it could happen.

Finally, do you have a good rock and roll story you can tell me?

One time, there was a fan in New York who was schizophrenic. He was a sick man who thought that he was my twin brother. I remember we found out that he was actually coming out to California to kill me and the day that he came out, they picked him up in San Francisco. What’s funny is that he actually could have saved a lot of money because at the same time, I was on my way to New York. [laughs]

Eddie Money will perform at Penns Peak in Jim Thorpe, PA on Friday, May 10th.
For more information and to purchase tickets, Click Here.