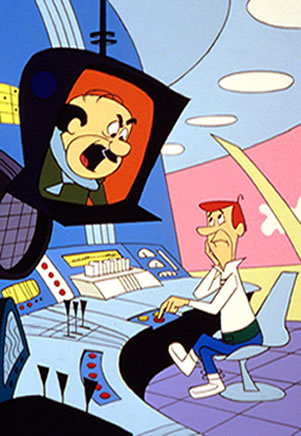 I grew up an aficionado of science fiction. I love reading about time travel, fantasy and cool gadgets. Things that make the world a much cooler place.

The thought that we as humans can not only adapt to our surroundings, but also create things from nothing gives inspiration and hope to every child sitting at a desk in elementary school wondering if the ideas they come up with might one day come to life and change the world.

Yesterday though, I stumbled across an article that was a bit disheartening. For some reason, a bunch of physics students at the University of Leicester in England decided to write a paper on the possibility of human teleportation (one of the essential modes of transportation used in any science fiction story and one that I would love to use someday beause I’m tired of driving to vacation destinations).

Their conclusion? It ain’t happening.

Our universe has been around for 13.8 billion years. But the seriously tongue-in-cheek paper shows that at a beaming speed of 30 gigahertz, transmitting all the data within a single human would take 4,850,000,000,000,000 (4.85 quadrillion) years. The human dataset includes not only the person’s genetic code but also all the memories and knowledge stored in his/her brain. While DNA would take up about 10 billion bits, the brain’s information would bring the data total up to 2.6 x 1042 (26 followed by 41 zeroes) in bits.

The article goes on to say that even if things were done to speed up the process, it would require an impossible amount of power that’s beyond Earth’s capabilities. In other words: it’s pretty much impossible that humans will ever be able to teleport.

My response: Why be such a buzz kill? There are many examples of things whose existence I’m sure was questioned by science at one time or another.

Here are just a few:

How about being able to push a button on your mobile device in New York City and someone in Australia can answer and then physically see what you’re doing a world away, in real time? When I was a kid, seeing George Jetson converse with Mr. Spacely in this manner in the year 2062 seemed like a dream (and cool as sh$t). And low and behold, we can now do it. It’s become the norm, and we beat The Jetsons to the punch by 50 years.

What this teleportation paper does is create doubt, something we don’t need. Don’t give us reason to give up hope. Anything is possible, and we as a society need every bit of hope we can get.

Besides, next thing you’ll do is tell me there’s no such thing as Hobbits, Spiderman or Godzilla. … and you DON’T even want go there!

One thought on “Don’t Be A Buzzkill”