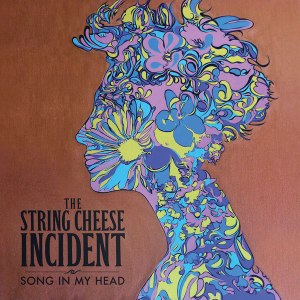 While the jam band may not have “technically” released any new material during that time, they’ve continued to write and perform new music for fans who’ve been following them since their formation in the Colorado ski towns of Crested Butte and Telluride in 1993.

The title of the band’s new album, Song in My Head (produced by former Talking Head Jerry Harrison), could be taken quite literally, as the material found on it is sure to spark the imagination of new and longtime fans. Songs such as the title track and “Colorado Bluebird Sky” showcase the talents of all six members of the band, while “Struggling Angel” pays homage to a fallen fan.

While it might be a long-overdue album in terms of timing, Song in My Head proves the wait was well worth it.

I recently spoke to Nershi about Song in My Head.

I’ve actually been trying to get the band to make an album for a few years. There’s always an argument to be made against putting out a CD because it’s not the same market as it used to be. But we’ve been accumulating a backlog of great songs and felt the time was right to record.

Read the rest of my Guitar World
Interview with Bill Nershi by Clicking Here!