Two decades can be a long time to wait for a new studio album, but Kix prove the wait was certainly worth it. 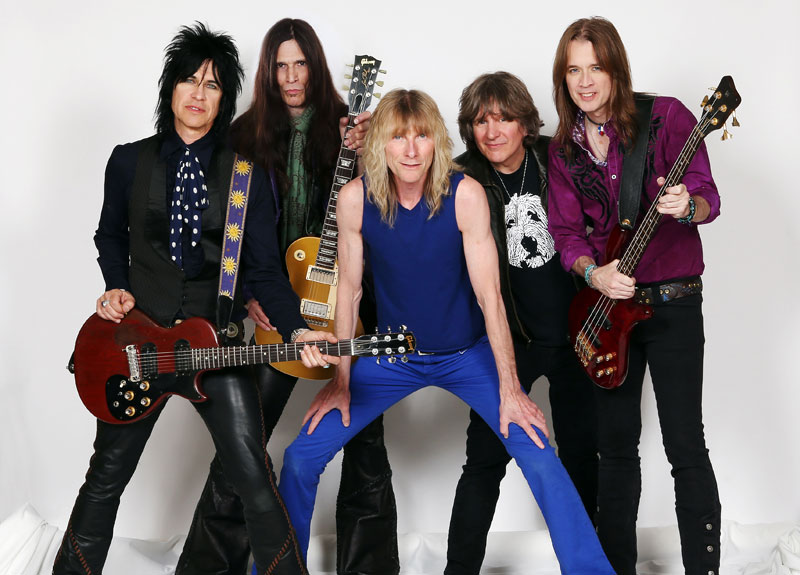 Since reuniting in 2003 and adding bassist Mark Schenker to the lineup, Kix have experienced a resurgence in popularity—as well as a passion to create new music. Rock Your Face Off, which was released today, August 5, is the band’s first new studio album in nearly 20 years. It also continues in the band’s high-energy tradition.

Produced by Taylor Rhodes, Rock Your Face Off is a collection of blues-inspired rock that combines catchy hooks and tasty riffs with the inspired musicianship and party atmosphere Kix are known for.

I recently caught up with Younkins and Forsythe to discuss the new album, gear and more.

GUITAR WORLD: How would you describe Rock Your Face Off?

Younkins: It’s high-energy rock and roll with hard-driving guitars and bluesy rock solos. Every instrument is present and in your face, and Steve’s vocals are better than ever. I’m so proud of this album.

This is the first new studio album from Kix in nearly 20 years. What sparked this project?

Forsythe: When we first reformed at the end of 2003, our intention was to just have fun. We never realized it would take off like it did. But after several years of doing shows around the Baltimore area and expanding out into the country, people started asking us about a record. We knew it was time.

Interview with Forsythe and Younkins by Clicking Here!