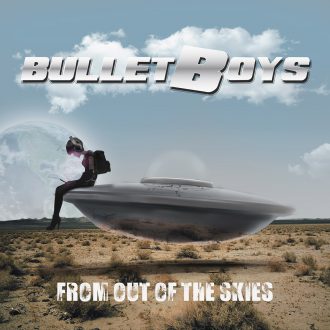 From their inception on the streets of Los Angeles more than thirty years ago, BulletBoys have proven themselves to be one of the most enduring and hardest-working rock/blues bands to come out of the so-called “glam metal” scene.

Written from founder and frontman Marq Torien’s introspection and love for the City of Angels, the band’s new album, From Out Of The Skies (which will be released on March 23) showcases the BulletBoys’ continued growth and longevity as musical heavyweights. The album is chock full of the familiar sound that’s made the band a mainstay of rock radio while simultaneously opening up new avenues of funk; soul, and at times, something akin to the tasty “California Sound” of the early 1970’s.

AXS recently spoke with Torien about From Out of The Skies and more in this exclusive new interview.

AXS: How does the sound of From Out of The Skies compare to some of BulletBoys’ previous work?

Marq Torien: Musically, we took big risks on this record and really wanted to do something that celebrated life. It’s a very peaks and valleys record with a lot of emotion. Lyrically, I tried to convey uplifting feelings about love, family and life in general. The feelings I get about being born and raised in Los Angeles has a lot to do with what’s on the album. It’s a combination of that as well as me going back to my punk rock roots; funk; soul; R&B and hard rock all thrown together.

AXS: Where do you draw inspiration for songs?

MT: There are always things around to inspire me. These days, I really try to be a lot more upfront with my feelings and share them. The BulletBoys have always been able to write and grow. From the get-go, we’ve always done records that were congruent but also had a different vibe and feel. We have our own sound and with this record, I wanted it to have a rhythm and funkiness and a feeling of the streets of L.A..

AXS: Let’s discuss a few tracks from the new album, beginning with “Hi-Fi Drive By.”

MT: On that song, we were trying to emulate Earth Wind And Fire. I’ve always been a big fan and we did some things vocally that made the song have this real dreamy, surreal effect. The title actually comes from something that happened years ago when we used to go into the studio. We’d always drive by people’s houses, open up the car doors and then crank our demo tapes. I remember we used to tell everyone that we were going to do a Hi-Fi drive by on them [laughs]. The song is basically an introspective story about me.

MT: That’s a straight-out song about the people here in L.A. We live our lives like it’s the end of the world every single day. One of my favorite bands is Eagles of Death Metal and I asked Jesse Hughes (who’s a rock hero to me) if he’d be interested in coming in and singing on the song with me. He came into the studio and just killed it. It sounds amazing.