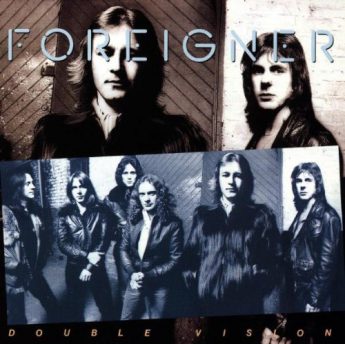 In celebration of the 40th anniversary of Foreigner’s multi-platinum album, Double Vision, the band behind such iconic songs as “I Wanna Know What Love Is,” “Cold As Ice” and “Juke Box Hero” has announced the first ever ticketed event that will reunite all original members of Foreigner at this year’s Sturgis Buffalo Chip Rally in Sturgis, SD on Saturday, Aug. 4.

For one night, Lou Gramm, Dennis Elliott, Al Greenwood, Ian McDonald and Rick Wills will join Mick Jones and the current line-up of Foreigner to rock through some of the songs from Double Vision as well as other material from the band’s arsenal of hits that spans more than four decades.

Double Vision (released in 1978) is the band’s sophomore album and features such classic rock staples as “Hot Blooded” and “Blue Morning, Blue Day,” as well as the equally as infectious title track. Fans of this legendary band will not want to miss this once in a lifetime event.

AXS recently spoke with Lou Gramm about the Foreigner reunion, the Double Vision album, career highlights and more in this exclusive interview.

Lou Gramm: For a number of years, whenever the current band came to town, a few of us would sit in and play a song or two. But as the idea of putting the original band back together started to gain momentum, we wanted to tie it into something special, and you couldn’t ask for a better tie-in than the 40th anniversary of the Double Vision album.

Because it honors the album, the original band will play songs from that album as well as a few other ones. Then the current Foreigner will play a cross-section of hits and, toward the end of the show, everyone will take the stage and play. There’s even a short, acoustic segment.

AXS: What goes through your mind when you think about this reunion?

LG: When I think about doing those songs and realizing it’ll be the guys on stage with me, it makes me think back to those old times and how wild and fun it was to perform in front of thousands of people and know they just loved the music.

AXS: Let’s talk a little about the Double Vision album. Where does that rank in terms of your favorite Foreigner albums?

AXS: Foreigner’s debut album was so monumental. When you think back to those sessions working on Double Vision, was there any sense of pressure from the record label about having to deliver the goods again?

LG: They didn’t put as much pressure on us as we put on ourselves. Because we didn’t just want to deliver, we wanted to do better than we did the first time, and that first album set the bar pretty high. We recorded with Keith Olsen, and he had just come from doing Fleetwood Mac’s Rumors. He was great helping us produce and making the songs sound the way they should sonically. We had good ideas. It just took a little time to craft them into the songs they became. It was fun and exciting all the way through.

AXS: Let’s discuss a few tracks from the album. What do you remember most about “Hot Blooded”?

LG: We used to work at Mick’s apartment and he would just keep playing one guitar riff after another. Just playing whatever came into his mind. When he started playing that riff, I remember saying, “Wait! Stop! What’s that?” Mick said it was just another riff. So, I started singing along to it. We eventually got the idea of what the chorus would be and then started working on the verse lyrics. Once they were put together it naturally led to the “Hot Blooded” verbal line. I remember we were jumping off the walls when we cracked the title of the song.