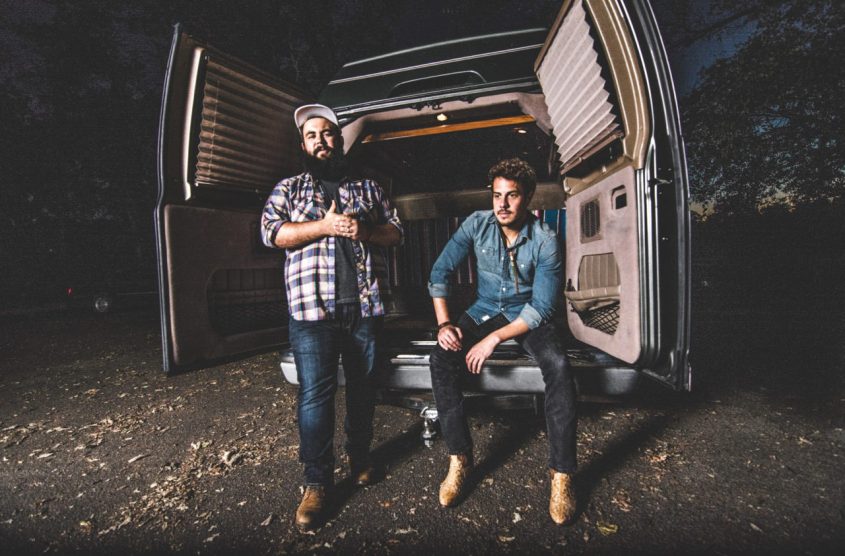 After individually cutting their teeth in the clubs and honing their musical chemistry, singer-songwriters Brent Rupard and Anthony Olympia decided to join forces and become Everette; an explosive new duo who’s organic, back-porch style approach to songwriting is as infectious as their own personalities.

One listen to Everette’s debut EP, Slow Roll,  reveals the duo’s deep, blues-inspired escapism of grit and groove. Fueled with tastefully woven tales of struggle and heartbreak as well as stories about having fun and letting go. The debut single and video, “Slow Roll,” showcases Everette’s knack for combining friendly dance beats with an unforgettable chorus. Other stand out tracks on the new EP, like the anthemic “Mugshots,” reveal an intoxicating vibe and groove that’s sure to become a soundtrack of summer.

AXS recently spoke with Rupard and Olympia about Everette, Slow Roll and more in this exclusive new interview.

AXS: How did this partnership come about?

Brent Rupard: Anthony and I met back in our hometown of Bullitt County, Kentucky. We were both playing music in other bands at the time but quickly hit it off as friends and music collaborators when we started writing songs together.

AXS: Why the name, “Everette”?

BR: It actually has more to do with the film, “O Brother, Where Art Thou?” We’d been struggling to come up with a band name. Nothing seemed to fit. Then one day, we took a break from a session and stumbled on that movie. The whole vibe of how they went on to become the Soggy Bottom Boys was our soul and journey. It’s been a crazy ride to be where we are now.

AXS: How would you describe your style of music?

Anthony Olympia: Brent often says that we’re back-porch rock and roll. It’s bonfire night; where everyone has a guitar, spoons, a tambourine, or a glass of bourbon and is sitting around jamming. It’s a communal spirit, but we also have the rock and roll element where things might get a little crazy at times.

BR: It can come from a lot of different things. Sometimes it starts out with just a lyric idea, but most of the time we’ll start jamming to get the vibe and see what the day has to offer.

Interview with Everette by Clicking Here!