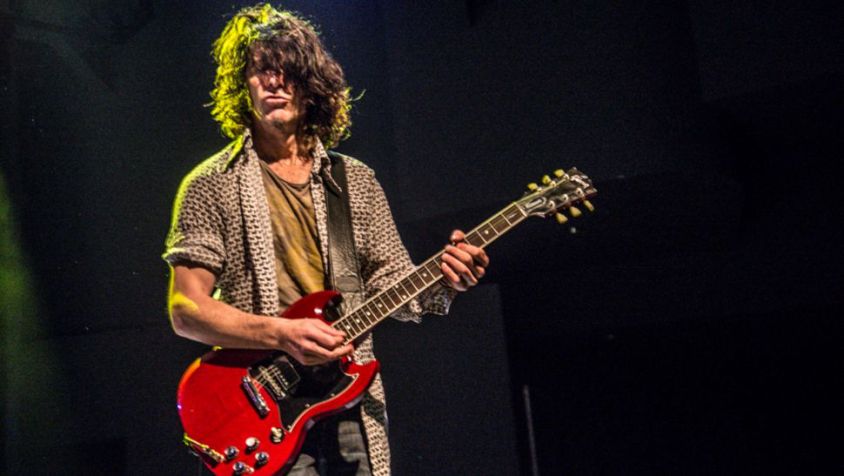 Whether it’s the colloquialism of the album’s title track, the unbridled anarchy and groove of songs like “Agent Orange” and “Locked in the House All Day,” or the hard, Chicago blues feel on tracks like “I’m All Right,” Who Shot John is radio-friendly enough to draw listeners in, while his guitar wizardry reveals a dynamic, effervescent complexity.

Guitar World recently spoke with Schenkman about Who Shot John, the Spin Doctors and more.

How would you describe Who Shot John in terms of its sound and maybe how it relates to some of your previous work?

Sound-wise, it leans heavily on my working with a trio, which is something that I do a lot, and how I’ve been understanding music through the blues these last several years. It’s a good representation of where I’m at now and [looks] at a lot of different angles and perspectives that I’ve come to terms with.

It happens very differently for different songs. Sometimes a song can be melody-driven, like “Fortune Teller” and “Far Away.” A song can also be very immediate and other times could take years to write. “Agent Orange Blues” is an example of a tight, visceral response to a situation, whereas a song like “Who Shot John” came from a lyric I started about 20 years ago and just recently finished. I had that one in my head for years trying to figure out what the lyric meant.