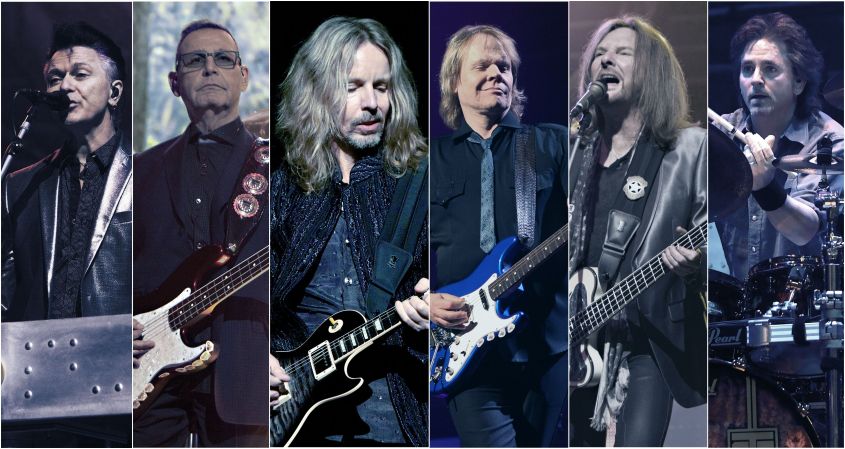 Classic rock pioneers Styx has gone through waves of change over their legendary forty-seven-year career. But perhaps at no time in the band’s history has it shown more diversity, musicianship or the ability to adapt and fire on all cylinders than in 2019. In addition to showcasing its arsenal of radio hits on its current tour, Styx is able to draw material from deep in its catalog, much to delight of diehard fanbase.

Tracks from the band’s most recent release, The Mission, also find their way into the band’s set list. The concept album, an adventurous forty-three-minute thrill ride chronicling the trials, tribulations and triumphs of the first manned mission to Mars, conjures images of the band’s mid-70s sound with with 21st-century appeal.

On Tuesday, May 21, Styx — Tommy Shaw (guitars/vocals), Lawrence Gowan (keyboards/vocals), James “JY” Young (guitar/vocals), Todd Sucherman (drums), Ricky Phillips (bass) and Chuck Panozzo (bass), will bring its well-oiled machine to The Sands Event Center in Bethlehem, PA for what’s sure to be a night to remember.

I recently spoke with bassist Ricky Phillips about the band’s upcoming performance in and more in this exclusive new interview.

What can fans expect from Styx’s appearance at The Sands Event Center?

Every show is different but what I can guarantee is that Styx is running like a well-oiled machine. We still do close to 100 shows a year and are on the road most of the time. We’ll play the hits everyone expects, like “Renegade,” “Come Sail Away” and “Blue Collar Man,” but we also try to go deep into the catalog and find little nuggets like “Snowblind,” “Suite Madame Blue” and “Castle Walls.” We also have a new record out called The Mission and we’ve been having fun playing some of the new songs as well.

Speaking of The Mission, didn’t the band recently do a show in Las Vegas where you performed the album in its entirety?

We did. It was only one night but it was a blast. We had people fly in from all over Europe and Japan just to see it. The Mission is a concept album about NASA preparing its first manned flight to Mars. The music and storyline is right in Tommy’s wheelhouse. He created characters and a storyline that runs throughout the album. It has a sound like the Grand Illusion and Pieces of Eight period of the band, with vintage instruments and analog recording. It was a great feeling to create something that sounds like was recorded in the 1970s.