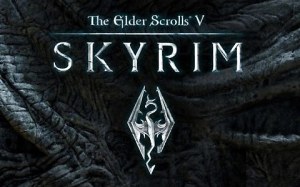 I still remember it like it was yesterday. It was Tuesday, October 5th, 1982 (ok, I looked up the day of the week, but I did remember the year) and I had just completed another long, grueling day at school.

The big yellow bus had just dropped me off at the corner of Charles and Wilkes-Barre streets and I had to walk the usual two blocks to get home.

Normally, this would be a challenge for me because the weight of my science and math books would always wear me down by the time I got home. But today I probably could have carried a dozen thousand-paged text books without a problem. Because today was no ordinary Tuesday.

It was also my birthday and I KNEW that there would be some kind of present waiting for me as I walked through the door. And sure enough, there was.

It was a brand new Atari 2600 video game system. The first state of the art system I ever owned and my first real taste of home video games. I quickly set everything up on our 19 inch color television and put in a game. I didn’t even need to read any instruction manual. Everything was so easy to figure out.

Needless to say,  I relished every moment playing games like Combat, Pitfall, Pac-Man and my all time favorite: Haunted House. Each one easy to play and all providing me countless hours of mindless entertainment. (I’m also quite sure that the sounds eminating from the games drove my parent absolutely insane).

It wasn’t long before technology started making games “better” and a few Christmas’ later my neighbor got a Texas Instruments mini-computer that also played video games. I’m sure his parents probably spent a million dollars on it because the graphics (from a 1984 stand point) were just so cool.

That winter I think we spent every waking moment we had playing games in his basement and listening to records on an endless loop. We played Vital Signs from Survivor, Wheels are Turnin’ by REO Speedwagon, Midnight Madness by Night Ranger and Heartbeat City by The Cars. So, in addition to dominating the game “Tunnels of Doom” we also memorized every lyric from every one of those albums.

Over the years the gaming systems continued to change. Each one getting progressively better than the last. Coleco Vision, Sega, Nintendo and the Sony Playstation all came along and one-upped each other. I owned quite a few of these consoles myself and marveled at how much better the quality of the games had become.

Fast forward: It’s now thirty years later and I wanted to buy a game for my Playstation 3.

I decided to try Skyrim – the 5th installment in the Elder Scrolls series. It’s about a bunch of dragons who attack this city. At least that’s what I think it’s about. I never played any of the other games in the series but I assumed it would be kind of like a 21st century “Haunted House” meets “Tunnels of Doom”.

I started playing the game to try and get a feel for the controls and quickly discovered that this was no “Haunted House”. This is a game in which every single button on the controller is used in some way. Failure to know what each button does and when to use it can lead to an untimely death.

I couldn’t for the life of me figure out what I needed to do to play this game properly. So I do what I always do when I’m stuck playing a game – I cheat. I went to the local Game Stop to look for any cheat manuals and sure enough they had one. 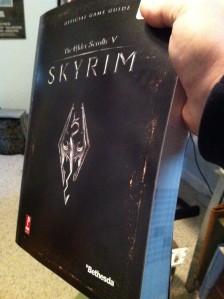 I am not kidding you – the companion guide for this game is the size of a phone book. There are 655 pages of information ranging from how to create a character to side quests that steer off from the main objective.

What the <insert expletive here>? Haunted House only had 12 pages and three of those were just information about the Atari company. There were nine pages about how to play the game and I didn’t need any of them.

As I began perusing the data contained in this volume of War and Peace it suddenly occurred to me that as great and realistic as these new games are I sorely miss the days of just popping in a video game and playing.

My time is limited enough as it is for these games so when I do get a spare hour or two to play them I shouldn’t have to read a novel just to maneuver a character.

I’d much prefer to spend that time playing Side A of Vital Signs and slaying some dragons.

But that’s just me.