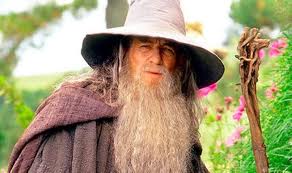 The other day I watched a video clip from director Peter Jackson’s upcoming movie, The Hobbit: The Desolation of Smaug; part two in a trilogy of films based on the classic 20th century novel by J.R.R Tolkien.

Jackson, as you may know, was also the director of The Lord of The Rings trilogy of films (the sequel to The Hobbit) which netted him Oscar nominations for all three, as well as the coveted Best Picture Award for the final film “The Return of The King”.

The Hobbit is one of my favorite stories of all time, and one of the few books I like to re-read every few years. Seeing this awe-inspiring video and realizing that the new movie was coming lit the fire for me, so I once again decided take the plunge. But as I dove into my worn, weather-beaten paperback copy of The Hobbit, I quickly became reacquainted with the same gnawing feeling in my gut that happens every time I read it (or any one of the other “Rings” books for that matter).

I’ve always been a big fan of fantasy worlds with dragons, wizards and trolls. Perhaps it’s the chivalry of noble men with magic rings or the notion that good always triumphs over evil that keeps me coming back. Or maybe it’s the fact that I was consumed with playing Dungeons and Dragons growing up. In any case, I love stories about bands of brothers who stick together on a journey and see it through to the end.

And that’s where my problem with Gandalf comes in.

Gandalf is the wizard in the story who “nudges” poor little Bilbo Baggins (the hobbit) on his journey with a bunch of dwarves to slay a dragon and obtain a ransom of wealth. Gandalf is one of those dudes who can pretty much destroy the whole damn world if he wants to. So why he seems content to send little people out on a dangerous quest is a mystery.

But it’s not the fact that he takes hobbits and dwarves off to fight dragons that upsets me. It’s the fact that Gandalf also likes to play “Now you see me, Now you don’t” that really pisses me off.

You see, Gandalf is one of those guys who likes to get everyone together, tells them how horrible the journey is going to be and even promises to go with them on what seems like an impossible quest. Then at some point early on during the course of the adventure, he conveniently pulls the disappearing act, and his 23 skidoo tends to occur just after an early battle. Gandalf will say something like: “Urgent matters to attend to, if you must know” or some other such nonsense. And no amount of tears or pleading from the little guys will make him change his mind.

What’s worse than Gandalf actually leaving the group is the fact that he somehow “magically” returns dozens of chapters later, just in time for the final battle and to obtain a share of the glory. Then all the way home Gandalf never has to leave again. Nope, travels with Bilbo every step of the way for months at a time. WTF?

As I finished the last page where Gandalf and Bilbo are laughing about their “adventure” together, I couldn’t help but imagine if something like that happened today. Suppose you and a team of others were building a state of the art high-rise building. Early on, your best crew member (Gandalf) leaves for no reason, but then comes back months later to hammer the final nail and claim he was a part of it. Instead of gold and glory, I’d be willing to wager Gandalf would be sporting a black eye.

Oh, you may have fooled the hobbits and the dwarves Mr. Gandalf, but not me. I’m on to you wizard. 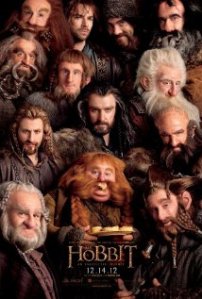 I need to let you know ahead of time that there may be a bit of bias in this review. I will try to be as objective as possible but I’d be lying if I said that I wasn’t already a huge fan of The Lord of the Rings. It’s fair to say that Peter Jackson’s three prior films were the best telling of the trilogy that I’ve ever seen. Just the mere fact that The Return of The King garnered the Oscar for Best Picture tells you that I’m not alone in my way of thinking.

So needless to say, when it was FINALLY decided that Jackson would be directing The Hobbit the little boy inside of me was overjoyed. All of my days of playing Dungeons and Dragons were coming back again! YAY! And when Ian McKellen signed on to reprise his role as Gandalf The Grey well, this movie immediately became a must see for me.

The Hobbit tells the tale of Bilbo Baggins, a halfling who gets recruited to go fight a dragon and reclaim a lost treasure. A simple story yes, but one that also prefaces one of the greatest trilogies in literature.

If you’ve never seen nor read any of Tolkien’s books, I’d urge you to watch the Lord of The Rings trilogy before seeing The Hobbit. Not only will you have a better understanding of this film, but you owe it to yourself to see (in my opinion) three of the best movies ever made.

I’ve decided to start this review by first telling you what I didn’t like about it. Yes, there were a few things that bothered me. But nothing that should keep you from seeing it.

It’s been nearly ten years since Peter Jackson last took me to Middle Earth. After watching The Hobbit, I now want to dust off my old twenty-sided dice and go on a own quest for gold myself again! So, as I light up my pipe and blow smoke rings,  I salute you Mr. Jackson for once again bringing me back to a world I loved as a child.

Please be advised that there may be spoilers so read on at your own peril.

1. The first thing I didn’t like actually has nothing to do with this film. It’s the fact that earlier this year Jackson decided to tell the entire story in three parts rather than two. I see this more as a money grab and not relevant to telling the story of Bilbo and company. Considering the fact that each LOTR book was much longer than The Hobbit (and were fully told in each individual movie), making a trilogy out of this story wasn’t something I wanted.

2. It’s easy to get lost: For those of you who are being exposed to Tolkien for the first time and haven’t seen any of the prior films, The Hobbit may be an undertaking as the movie hints at things to come in The Lord of The Rings. For fans of the genre (like me), this made sense. But if you’re seeing this freshly, it may be confusing.

3. Battle scenes can be a bit overwhelming: Particularly when the party encounters the Goblin King and tries to escape. What happens seems almost unbelievable. But then again, if I can believe a bunch of dwarves and a hobbit can escape a pair of stone giants and go into a goblin lair, then why wouldn’t I believe they could jump over huge chasms without falling hundreds of feet to their deaths? Got to love fantasy.

1. The “unexpected party” scene where all of the dwarves gathered in Bilbo’s home to speak of their mission. When I first read the book, I completely skipped over the parts where the dwarves sang songs and read poems. Those italicized printed words were boring and vague to me. The eeriness of hearing the singing really brings the book to life and emphasizes the mission.

2. The dragon: I was leery going in just hoping they would show a glimpse of Smaug, the dragon. In the beginning they teased with it a bit but, if you are looking for a dragon in this movie, you will be satisfied.

3. Some people may not appreciate this but I did. I liked the idea of mixing in LOTR characters.Seeing my old friend Frodo again was a treat. And who could not love another visit by some of the other characters as well.

4. The Best is Yet To Come: The Hobbit : An Unexpected Journey leaves you wanting more. The only thing I really lament is having to wait a whole year before I can get my fix again.