It was the dawn of the Eighties when the Bangles (then known as the Bangs), the Dream Syndicate, the Three O’Clock and Rain Parade were all new L.A. bands at the core of the influential Paisley Underground scene.

Five years ago, the four groups got back together for a charity event that went over so well they decided to do something unique to celebrate their success. They each got to work putting their own spin on one song from each of the other three bands. The result is a new 12-song collection, titled 3 x 4: The Bangles, The Three O’Clock, The Dream Syndicate, Rain Parade, which will be released on purple swirl vinyl, double LP and CD for Black Friday Record Store Day on November 23, with a wider release coming early next year.

What inspired this new project? How did it all come about?

The record is a delayed outgrowth of a reunion we did a few years back. We all got together, Rain Parade, Dream Syndicate, the Three O’Clock and the Bangs, and did a series of shows in San Francisco and L.A. We had so much fun reconnecting that a week later, I was talking with Danny Benair (The Three O’Clock) and Steve Wynn (Dream Syndicate) about doing an album. But instead of recording new material, we thought a sweet project would be for each band to pick a song from the other three bands and cover it. It was a nice way to pay tribute to each other.

Who coined the phrase “Paisley Underground”?

It’s generally credited to Mike Quercio (The Three O’Clock). He was sitting down for an interview and someone asked him to describe what was going on and what the common thread was and he said, “We’re the Paisley Underground.” It was a movement and certainly not mainstream music. At the time, it was the early Eighties in Los Angeles. Punk was winding down and there was a rockabilly scene. All of us shared a common reverence for the music of the mid-Sixties to early Seventies. It was very contrite, and “paisley” really kind of says it best.

I want to ask you about the tracks the Bangles covered for the new album, starting with the Three O’Clock’s “Jet Fighter.” What can you tell me about it?

Generally, it’s the most pop tune on the album. It’s got such a catchy chorus and a great feel. It was one of the songs that when I heard it again sparked a lot of happy memories of going to Three O’Clock shows. 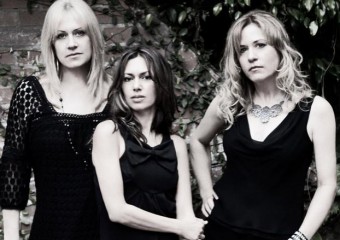 When the Bangles released their sophomore album, Different Light, in 1986, it represented something of a departure from the guitar-driven, Sixties-oriented sound the band had been known for.

With its eclectic mix of radio-friendly pop, dance and Motown groove, Different Light would go on to become one of the year’s biggest albums, yielding the hits “Walking Down Your Street” and “If She Knew What She Wants,” plus the Prince-penned “Manic Monday.”

The album also gave the Bangles their first Number 1 song, the quirky yet strangely infectious “Walk Like an Egyptian.”

Below, Bangles guitarist Vicki Peterson recalls the making of Different Light and the tidal wave of success that followed. We also discuss her current work with the Bangles, the Psycho Sisters and Continental Drifters, gear and more.

When you look back at Different Light with 30 years of perspective, what comes to mind?

Different Light was a really important record for us and transitional in some ways. We had started out as a very raw garage band, and the first full record that we did with Columbia had more of that Sixties, guitar-rock sound. Different Light has some songs that kind of veered away from that. In some ways, it was a little uncomfortable, but new things always are.

What prompted that change in direction?

We were trying to feel our way through growing up as a band, and that started happening with that record. It was a band decision. Instead of staying in one spot musically and working directly from that Sixties, guitar-based platform, we launched into other things. David Kahne (producer) did a lot to take any ideas we had and was musically creative as an arranger. He was actually the one who brought us “Walk Like an Egyptian.”