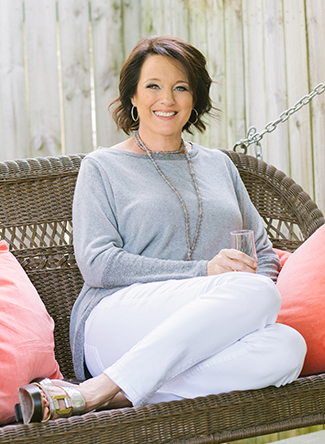 What’s it like to grow up as a small town Southern girl and marry a rock star, and then discover you have to share the love of your life with the band and thousands of their fans? That’s exactly what happened to Rhonda Nelson, whose husband Wayne Nelson, is the lead singer and bassist for the legendary Little River Band.

Together, Rhonda and Wayne have built a solid foundation of love while traveled across the U.S. Sharing a love of classic rock as well as seeking out their favorite wineries and socializing with new and old friends alike.

In her uniquely interesting new book, “A Different Life”, Rhonda pulls back the curtain on celebrity life. Offering readers a chance to hear stories and enjoy treasured family recipes and photos while experiencing all things pertaining to life on the road.

“A Different Life” is not a scathing tell all or a collection of recipes. It’s the story of one woman’s journey with an iconic band that’s sold more than thirty million albums over the course of their four-decade career, and one told from the heart.

I recently spoke with Rhonda Nelson about “A Different Life” and more in this exclusive new interview.

What made you decide to write “A Different Life”?

About two years ago, I wanted to start a blog, just writing about our life on the road. Then as I started working on it, the idea came about doing a book. I thought it would be a cool way for people to see some of the back things that we do. I think that when your name is attached to a band, people can sometimes get the wrong perception and think that it’s always glamorous and that you live inside of this bubble, but that’s not really the case. I wanted people to see that we share the same highs and lows that everyone else does.

As I got to meet other authors and talk to people about writing, I realized that the way I did it was not the way most people do. I didn’t dedicate a certain amount of time each day to write. As I dug through old photos and memorabilia, stories would come back to me. The other interesting thing about the process was that no one really knew what to expect. It was never meant to be a tell all. It was meant to be something that people would enjoy about Little River Band and something they would have to treasure.

Was cooking something you always intended to include as part of the book?

Cooking has always been a big passion of mine and I pride myself in what I do with it. Originally (and unrelated to the band), I had intended to write a cookbook, but then I realized I wasn’t a trained chef. So I thought I’d revisit that book a little bit down the road. But as I was doing this book, I realized there was a common denominator, which was food and beverage. That’s when I decided to give it a bit of a twist and throw that in as well.

What’s the toughest part about being married to a working musician?

In the beginning it was hard because I wasn’t used to the band being gone for three or four weeks at a stretch, and one of the things I really had to teach myself to work on was trust. All relationships require that but if you’re living this kind of life and you’re always questioning things it will eat your relationship alive. You’ve got to know that you’re on a firm foundation and believe in that.

What’s been the most rewarding part?

The best thing that’s come from it, and especially over the last four years or so, was when Wayne and I decided on an avenue to give back, and that avenue is Little River Band and LRB music. There are organizations all over the country we feel strongly about, and we support them by doing concerts or helping them organize their fundraisers. It’s been an awesome thing to do and we’ve been so blessed to be able to give back. 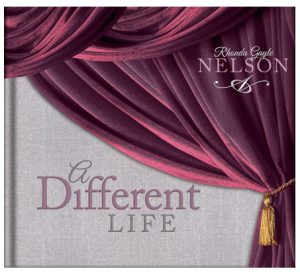 Was there anything you learned about yourself in writing “A Different Life”?

For me, it really was realizing that no matter how much you doubt about what your dream is, just continue to push and you can make it happen. I can’t tell you how many times I’d say to myself, “What am I doing writing a book? People will think it’s ridiculous.” But then I’d say, “So what?” It was a goal I had and something I wanted to do and be proud of. That was the biggest thing I walked away with.

Last December, myself and some of the guys went out and did a “writers in the round” type of event where the guys played songs acoustically and I tell stories from the book. Right now, we’re working on putting another run together for December of this year. Wayne and I are also working on a similar motivational project about overcoming what life has dealt you and how to persevere and believe in yourself.

Is there a message you’d like readers to take away from reading “A Different Life”?

It all goes back to my reasons for wanting to write a book. I want people to know that we are real and experience the same highs and lows as everyone else. Whenever we meet you, we really listen to your stories. They resonate with us and touch our hearts. The other part; as you can tell when you read the stories, is that this is a path to the next project. Don’t give up on your goals and dreams. Just keep pushing through and live the life that you love. That’s the message I want people to take from it.

Little River Band is showing no signs of slowing down. The band continues to perform up to ninety shows a year, bringing along its arsenal of radio hits that include “Take It Easy On Me”, “Cool Change” and “Reminiscing”. To date, Little River Band has scored 13 Top 30 Hits and has sold more than 30 million records.

“Cuts Like A Diamond” is the first disc of new original Little River Band material since 2003’s Test Of Time. For this project, the band went for a more west coast 80’s sound, while still embracing the harmony guitars, big vocals and contemporary feel they’re known for. The result is a well-produced album that’s easily on par with the rest of its classic catalog.

I spoke with bassist Wayne Nelson and guitarist Richard Herring about the new album and more.

What type of sound were you trying to go for with “Cuts Like A Diamond”?

Nelson:  The record label (Frontiers) approached us with a sound they had in mind. They wanted an 80’s AOR Little River Band album. There’s a wide range of material that the band has already done, and Rich gets a lot of credit for creating the landscape of this record. He’s a great producer and was in charge of the guitar parts and overdubs.

Nelson: All of the songs came to me first, and the ones that moved the meter I sent to the record company’s ears. The road map was already in place so I knew where to aim for, but there were certainly some things about the 80’s that I wanted to leave behind, like reverbs that never end and the bad keyboard sounds [laughs].

Let’s talk about a few tracks from the album: Lost and The Lonely

Nelson: You can stack that song up against “Lonesome Loser” or some of the others, but that’s a Little River Band chorus. The interesting story was the original arrangement of the song had the uplifting chorus, but the verses were kind of dark and followed a different path. I remember asking the writers to change the verses to match the inspiration of the chorus and they came back the very next day with what you hear on the album. The video for the song is also powerful, especially considering the times we live in now. Those guys are defending people who are lost and lonely and can’t standup for themselves, and I couldn’t be prouder.

Who Speaks For Me

Nelson: The record label was concerned about the song’s subject nature at first, but I insisted we do it. It’s been a passion mine for years to try and do something to shed light on domestic abuse. When I started writing, I immediately thought of the kid alone in the dark and scared to death. The story just unfolded from there. A lot of people have asked if the message in the song was from personal experience. I tell them that it didn’t happen to me, but it’s happened to plenty of others and it was something I felt needed to be said.

Wayne, let’s discuss ‘Time Exposure’, which was the album right after you joined Little River Band.

Nelson: So much of the success and impact of that record came from George Martin (producer). When I joined the band, they were about ready to come apart at the seams. Four different people each wanted to take the band in four very distinctly different directions. No one was really getting along, and the band was literally being held together by its success. We all knew we had to do a record and suddenly, here comes the producer for the Beatles. George literally smoothed out the waters and got us through those six weeks to get the record out. We wound up getting three top tens out of it: Night Owls, Man On Your Mind and Take It Easy On Me.

Herring: I’m using two class-a amps in stereo. They’re called New Vintage and were built in Minnesota by a guy named Nick Patullo. We were on a fly date using rented gear and they had some of Nick’s amps there. I remember playing through it and couldn’t believe how great it sounded. I bought one and started using it in stereo with my Matchless C-30. Later, I called Nick to see if he had a head version of the same thing. He told me that he didn’t have one, but he could build it! The one that he built me one sounded exactly the way I wanted it to. He didn’t have a name for it, so he decided to call it the RH-36. So I now have my own amp [laughs].

Now that the album is finished, what satisfies you the most?

Herring: It’s put new life into the show. It’s also an honor for me personally to play the old hits and deliver them night after night. I like to tell people that I get to play “Cool Change” every night, and I never get tired of it.

For More on Little River Band

They’ve been called the greatest singing band in the world by a member of the Eagles. They’ve sold more than 30 million albums and their songs “Man on Your Mind”, “Reminiscing”, “Take it Easy On Me” and “Night Owls” (among others) have become staples on classic rock radio. If you grew up during the 70’s or 80’s, chances are a Little River Band album was part of your record collection.

Bassist Wayne Nelson has been with the band for more than thirty years keeping the Little River Band fire burning and continuing to tour and perform their arsenal of hits. With a recently released Christmas album and a future that includes an album of all new material, Little River Band shows no signs of ever slowing down.

I spoke with Nelson about his bass, his band and about being in the right place at the right time.