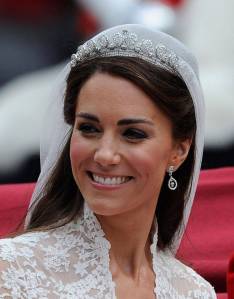 The Duke and Duchess of Cambridge had a bad week and are now in damage control. Photos of a topless Kate Middleton have been appearing in various magazines and newspapers all over the world.

The royal couple’s lawyers are scheduled to appear in court in Paris to cut off any further publication of the photos and are even planning to sue those responsible for damages.

Although this is clearly an invasion of privacy, it still makes me wonder why it happened in the first place.

Does anyone else remember how aggressive the paparazzi was/is with the royal family? How Princess Diana and Sarah Ferguson’s unflattering photos appeared a billion times in magazines and newspapers over the years with claims ranging from drug abuse to infidelity?

It doesn’t take a genius to realize that the relationship between the royals and the press is similar to that of a wounded gazelle and a pack of starving hyenas. These mongrels will do anything, ANYTHING to get a photograph of a king, a prince, or a duchess engaged in “common” activities. You know, horrible things, like swimming. The promise of fame and fortune for just one compromising pic is more than enough incentive for them to find the future King and Queen in their moment of “weakness”.

Unfortunately though, sometimes during the quest to obtain the golden ring, bad things happen. As evidenced by the crash that killed Princess Diana fifteen years ago. For me, it’s especially troubling because this whole three-ring circus event surrounding the photos only reminds me of that fateful day. How high speed car chases and lives lost do not matter: only that one elusive photograph does.

This is not to say that I believe the press is totally at fault here. On the contrary, the Duke and Duchess should both have known better. How could they not have known that the paparazzi would be spying on them while they vacationed? Especially for Prince William, who no doubt knows how malicious the press can be by witnessing first hand what they did to his mother for years.

And you mean to say that as Kate reached around to remove her top and expose her breasts, she never once had the slightest thought that she may be being photographed?

Which leads one to wonder if the Duke and Duchess already knew that they may be photographed and decided to throw chum into shark infested waters anyway. I mean let’s be honest: It’s nice to have a royal family to talk about, but it sure gets old when all there is to discuss for the most part are royal births, marriages and deaths.

Sometimes, something as simple as showing a boob can generate enough press to keep things fresh and relevant in between those life events.

6 thoughts on “A Royal Dilemma”