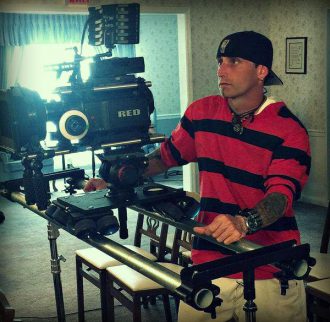 Writer and director Rob Hawk spent much of his early childhood as a skateboarder and break-dancer before transitioning his time into the studio creating and editing rap music videos. Eventually, his creativity got the best of him and he found himself having to write and create more. He quickly moved from doing three-minute music videos to the world of film and hasn’t looked back since.

Now Hawk has unveiled his first feature length release –the appropriately titled, “Fight Valley”. A film loosely based on his love of “The Outsiders” and growing up in a tough neighborhood, Hawk tells the story of one woman’s journey to find vengeance and closure in a dark, underground fighting ring.

I recently spoke with Hawk about Fight Valley, working with Miesha Tate, Holly Holm and Cris Cyborg, his career and more in this exclusive interview.

Where did the idea for “Fight Valley” begin?

I grew up in a gang-populated neighborhood where I forced to run around with one of them, just to stay safe. I’ve always loved the movie, “The Outsiders” and wanted to mix my love for it with a little bit of my own personal life but wanted create it with females. The original idea was to involve real fighting sequences and get people who could really take a hit. But it was hard to find an actor and say to them, “Ok, this girl is going to punch you in the face!” [laughs]. So I decided to get some trained fighters who do it for a living. That’s how it came about.

Was the idea always to include UFC fighters like Miesha Tate, Holly Holm and Cris Cyborg?

It really just evolved into it. I hadn’t really followed the UFC much but started doing some research. I originally spoke with Ronda Rousey’s team about doing the film but she wasn’t going to be available. But while I was doing research on Ronda, these three other women’s names kept coming up. With more research, I found out that they all had some real friction against each other. It was perfect timing! 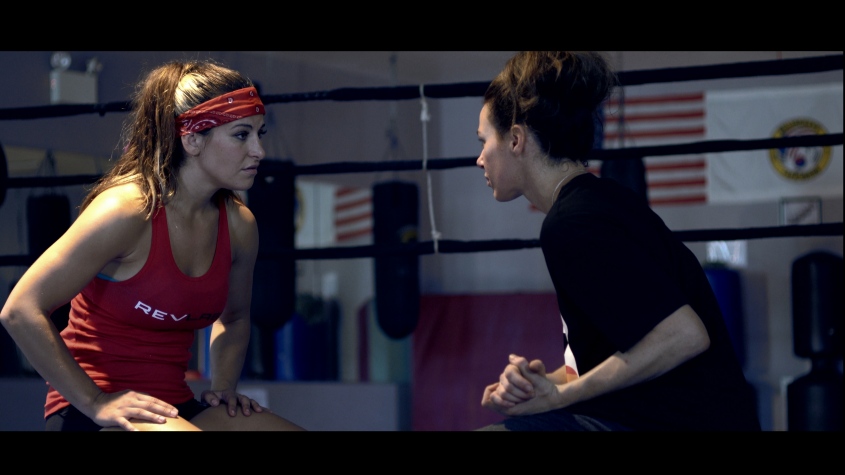 Even before I sat down to write, I had been planning this film in my head for about eight months. I always try to play it over in my head and then visualize it on screen. When I finally sat down, it just came right out and took me about nine days to write.

How would describe the story of “Fight Valley”?

As I was writing, I tried putting myself in a real life situation by asking myself, what would you do if someone came to you and said that they found your brother dead in the woods? Naturally, the first thing you’d think about is who did this to my brother. You would want revenge.

In Windsor’s case [Susie Celek], she hears her sister died in Fight Valley and she decides to go there. Then she discovers that Fight Valley isn’t really a place; it’s all of Camden, and there’s an underground scene where girls who have no jobs or money could fight and get paid for it. She eventually finds out her sister was killed in a street fight and decides to fight the girl who did it and make her pay. The problem is, Windsor is a rich girl who’s never broken anything other than a broken nail in her entire life. So Miesha takes her under her wing to train her. She already knows there’s no way Windsor’s going to win, but she decides to train her anyway because she wants her to have closure.

What do you think makes the UFC style of fighting so popular with people?

The human race is very completive and one where everyone is so busy and on the edge trying to get ahead. So it’s cool to come home the end of a hard day and watch people beat the crap out of each other—and know that it’s not you! [laughs]. The other cool thing about it is that instead of rooting for a whole team, you get attached to and root for a single person.

It was very challenging, especially with scheduling. It was nine days of crunch time in the heat and fighting. It was my first, full feature movie and I really learned a lot.

Did you always know that you wanted to have a career in entertainment?

I did. I had played instruments when I was younger and even entered talent shows in school. I remember being upset at the possibility of losing but once I got on stage and the spotlight came on and I saw my mom looking at me I said, “I want to do this forever!” I started doing rap music and it eventually evolved into making films.

What do you enjoy most about the filmmaking process?

I like the idea of how you can take something from your mind and put it on screen. It’s an awesome process being able to create characters and locations. Then there’s calling “action” and seeing it all come to life. It’s a feeling you can’t really describe.

As an artist and filmmaker, what lessons did you take away from working on “Fight Valley”?

There were a lot of lessons learned ,but I think the most important one is to take your time creating and getting what you want. Because you could work for years and not get distribution, but you never know when that one film will get away from you and go into the mainstream. I love this movie and it’s very dear to me. I’m also very excited about showing everyone what the next step will be.