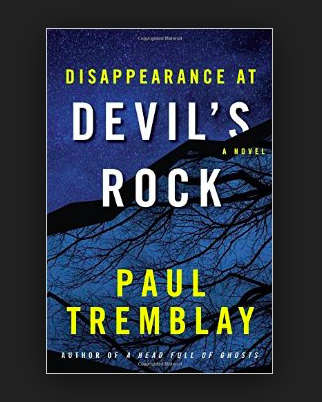 Following the success of his psychological thriller, “A Head Full of Ghosts”, author Paul Tremblay spent most of the summer of 2014 trying to figure out what his next book would be about. He began by asking himself the same question most horror writers do – “What scares me?”

Tremblay eventually found the answer to his question while spending time in the woods near his home. The result would become his page-turning thrill ride, “Disappearance at Devil’s Rock”.

Although its title may conjure up images of 1970’s Hardy Boys mysteries, this is a 21st century tale of fear and intrigue. Elizabeth Sanderson gets the call in the middle of the night that all parent’s dread. Her son, Tommy is at a sleep over at a park when Tommy suddenly wanders off and disappears.

The supernatural element and emotional struggles of the family and neighbors in their desperate attempt to find Tommy make “Disappearance at Devil’s Rock” one of the highlight reads of summer.

Tremblay is no stranger to accolades. His previous book, “A Head Full of Ghosts” was recently awarded The Bram Stoker Award for Superior Achievement in a Novel. It was also optioned for the big screen by Focus Features and has even received praise by the master of horror himself, Stephen King. A U.K. version of “A Head Full of Ghosts” will be available in late September.

I recently spoke with Paul Tremblay about the new book and more in this exclusive interview.

Where did the idea for “Disappearance at Devil’s Rock” begin?

I started by asking myself the question, “Of all the things that scare me now, which one scares me the most?” As a parent myself, the obvious answer would have to be to have one of your children go missing. Then I started thinking about Borderland State Park. It features prominently in the book and is a real place I used to hike in all the time. I decided to put those two things together, and make one of my favorite places kind of creepy.

Can you tell me a little about your writing process? Are you a plotter or a pantser?

I’ve done both. With “A Head Full of Ghosts” I did a lot of plotting and pantsing. For this one, I started by doing a sixteen-page summary that took quite a bit of time to complete. I learned a lot about structural work as I prepared for the story; right from the beginning and through the whole process of writing. The first draft took about eleven months to complete. When I first finished, it was by far the longest thing I had ever written.

Did you have to do much research in preparation to write?

My son was actually my Minecraft expert. Both he and my daughter grew up playing the game. I didn’t know a whole lot about Snapchat, and most of that research was done online and figuring out what police would be able to get from it. There’s this idea of how using social media makes us safe and closer than we actually are. I decided to use it to make it harder to find Tommy. 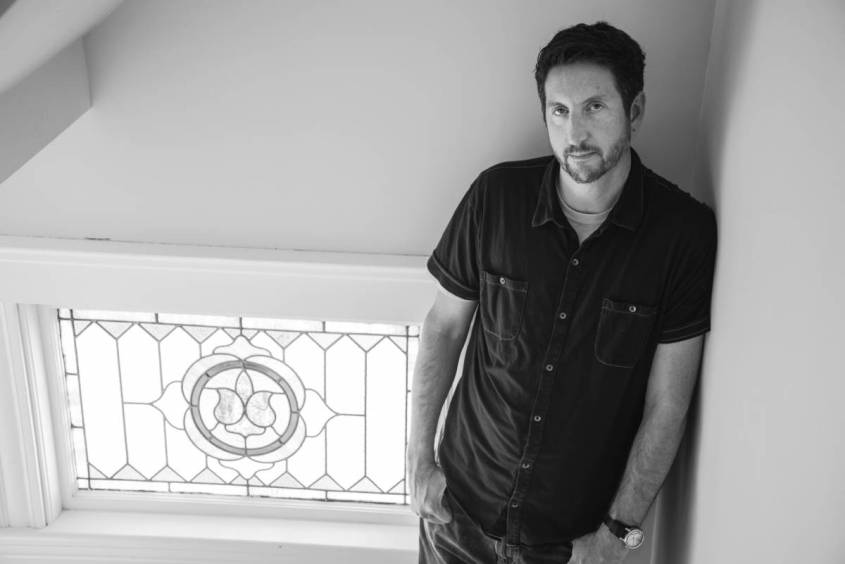 Do you have a set daily goal of time or words in mind when you sit down to write?

I usually don’t set a time when I’m working a project but I do try to set a goal of 500 words a day—and that could be in the morning, afternoon or night. I always try to fit it in but also give myself permission to miss that mark. More times than not, I’ll make those 500 and some days will even surpass that.

Did you encounter any challenges while writing “Disappearance at Devil’s Rock”?

This book took me out of my comfort zone a little bit. All of my previous novels were done in first person point of view. This one was third person jumping around to different characters. It’s good to push yourself as a writer and continue to get better.

What’s the best bit of advice you can give to aspiring writers?

For someone starting out the biggest thing is read…read… read! If you want to be a writer, you can’t sacrifice anything else for reading. Also, give yourself a reason to be patient. If the first book doesn’t sell, use that process to stick with it. You’ll learn a lot as a writer from being rejected and from listening to what editors say. Take their comments about your work and use it to get better!

You’ve recently won The Bram Stoker award and Stephen King has even mentioned how much he loves your work. As a writer, when comes to mind when you think about those things?

It’s very affirming and humbling. I actually started writing because of Stephen King. So getting accolades from one of my heroes tells me that the work has paid off. Winning an award by a horror association is also one of the highlights of my professional life and something I’ll never take for granted.

What would you like people to take away from reading “Disappearance at Devil’s Rock”?

I don’t want to add to the culture of fear and have people be freaked out and afraid for their children. But I’d really like for people to come away feeling empathy for all of the characters –even the ones that don’t do good things. As a writer, that’s important to me. Readers don’t always have to feel sympathy for the characters but they should understand the decisions that they make and why they do what they do.