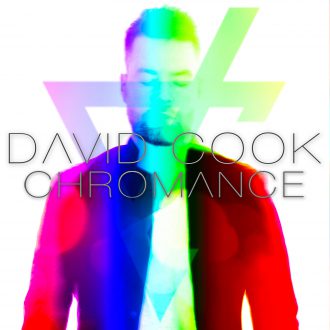 Singer-songwriter and American Idol winner, David Cook’s new EP, Chromance is the next chapter in the artist’s musical evolution.

The ubiquitous use of love as a theme runs rampant throughout much of the EP, but what’s refreshing is Cook’s incorporation of cinematic, pop elements into the mix. Songs like “The Lucky Ones” speak of love in an alternate reality, while tracks like “Warfare” and “Circles” leave the listener wanting more. Chromance also features the driving track, “Gimme Heartbreak” as well as Cook’s ethereal spin on the Phil Collins smash, “Another Day in Paradise”.

If putting out a new album wasn’t enough, Cook will also be making his Broadway debut as Charlie Price in “Kinky Boots,” based on the book by Harvey Fierstein and with music and lyrics by Cyndi Lauper. Cook’s run is scheduled for April 3 – May 5.

AXS recently spoke with David Cook about his new EP and upcoming appearance on Broadway in “Kinky Boots.”

AXS: How does Chromance relate to some of your previous work?

David Cook: The lyrical content of the songs on this album definitely talks about love, but I wanted to attack it from a different angle and talk about the darker colors. Musically, I wanted to attack it differently as well. Instead of having the guitar be “the” instrument, I wanted to have it be “an” instrument and find other tones, sounds and instrumentation to tell the story. This record has more of a cinematic feel to it, and it’s exciting to take those landscapes on the road and tell the story a little differently.

AXS: What was your songwriting process like for the EP?

AXS: Let’s discuss a few tracks from Chromance, beginning with “The Lucky Ones.” What can you tell me about it?

DC: I wrote that song with Tim Bruns and wanted it to have a dark, “Stranger Things” kind of vibe. I had watched the first season and really liked the idea of love in an alternative universe. A place where everything is backwards and there’s this whole us against the world mentality.