I’m not saying everything I’m about to post here is true. I’m just saying there are certain things in society that strike me as peculiar. Since this is my blog I’ve decided to post a few. So, with that in mind:

Have you ever had the feeling…

I’m not talking about actual outcomes of games (although I’m sure there are cases where that may be possible). But what I mean is a more individualized situation. 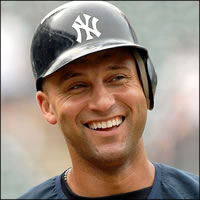 Consider this: Derek Jeter of the New York Yankees had his historic 3,000th hit at home in Yankee Stadium and a home run no less. This coming from a guy who’s had a so-so season, hit only two other home runs and been on the disabled list with a messed up calf. Yankee fans in the midst of an awkward season, where their team didn’t get their ace pitcher Cliff Lee, get to wave the banner again.

Now I’m not saying Jeter didn’t deserve his milestone 3,000 hit. He obviously does.  All I’m saying is could the opportunity for an opposing pitcher to throw a meatball right down the middle and also get into the record book be any more tempting?

Have you ever had the feeling…

Politicians Don’t Have Our Best Interests at Heart?:

So the United States is on the verge of default and our elected representatives don’t seem to be able to get it together and figure it out. In fact, some would much rather see us default and have interest rates go through the roof just so they can see which party actually takes the blame for it at the ballot box next year. After all, there is a presidential election in 2012. The most important one we’ve ever had, since the last one.  The future of our country depends on it… yadda, yadda, yadda.

I’m so tired of seeing this dog and pony show going on from people who only care about being re-elected. Want a real simple solution to all of the problems facing this country? I can sum it up in two words: TERM LIMITS

Finally, Have you ever had the feeling…

You were being watched? 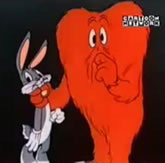 All this hacking scandal stuff with News of the World and News Corp makes it easy to see how quickly our privacy can be invaded without our knowledge; regardless of whether “Big Brother” is the government or a billion dollar news organization.

Oh why couldn’t that guy have connected with the shaving cream pie on Rupert Murdoch?

But seriously, don’t you occasionally feel like the eyes of strange things are upon you? I mean, if they can hack into the royal family and the Prime Minister they could easily get you or me. It’s possible.

Look, out there in the audience…