It’s the end of a very productive year. One that included electing a president and dodging the end of the world. It was also one filled with writing many blog articles  as well.

In addition to my own regular rants about everything from Spiderman to politics, I had the chance to speak with a variety of artists about their latest projects; be it in film, television, books or music.

As I wait out a nuisance December snow storm, I thought I’d take a look back on just some of the highlights I’ve had this year. For me to mention all 213 posts I’ve written in 2012 would be impossible, but rest assured I do love every single one of them!

I have been extremely fortunate to have met so many wonderful and talented women this year. Here are just a few of the ladies you need to watch in 2013. 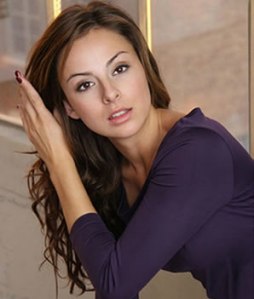 Ashley Watkins: Ashley and I originally connected to discuss her role in the horror movie “Pelt”, one that pays homage to the classic slasher films of the 1980’s. She is amazingly good in the lead role of Jenny, where she runs the gambit from being deathly afraid to hilariously funny. (Hint: The film is available to stream on NetFlix: watch her in the campfire scene).

But it’s Ashley’s performance in the short film “Beside Her” that really had the biggest impact on me. This film runs far, far deeper than just two women involved in a relationship. Ashley is breathtaking in the role of Rachel Moretti. If you get a chance to see this film on the festival circuit, I highly recommend it. I can not wait to see what 2013 brings for her.

Carrie Carnevale: The writer and director of “Beside Her”. I have to admit that I never was a big fan of the so-called “short” movies. I mean, how can you possibly get your point across in that short of amount of time? But Carrie’s vision about the lives of Dr. Rachel Moretti and Sofia Rios changed my mind. As the tag line says: “In one brief moment in time, their love for each other is measured beyond the norms of their everyday lives.” I have to agree. Watch out for Carrie in 2013!.. Now if only I can get her to become a Seahawks fan….:)

Elina Madison: I spoke with Elina a few times over the course of the year. She is one of the coolest, most down to Earth people you’ll ever meet with a huge new year in store! Be sure to watch for her in HUFF! coming out in April.

Gabrielle Stone:  You will be hearing a lot from this lady in 2013. She’s the daughter of Dee Wallace (ET/Cujo) and Christopher Stone (The Howling) and has no less than four movies already slated for release in the new year.

I started this topic on my blog after I met Lisa Jey Davis. Her story moved me so much, not only because of what she’s been through during the course of her life, but her positive outlook is something I think every one of us needs to have.

Today, Lisa owns her own company, writes blogs and articles for various websites and even records videos with inspirational thoughts for the day.

Lisa is also writing a book on her adventures to be released in the new year and I can’t wait to interview her about it.

There’s something mysteriously cool about Kimmy Kim and Frutron and their Hollywood is Hard Channel. These talented ladies had me in stitches with their antics (perhaps it’s because I’m a sucker for wedgie videos). I posted just a few of my favorite episodes from their channel to go along with my interview with Frutron. Be sure to check them out!

I’ve been a musician for 25 years but never in my wildest dreams did I ever think I’d be writing about, (much less speaking to) artists like John Taylor (Duran Duran), Steve Howe (Yes, Asia), Steve Hackett (Genesis), Lita Ford or Jim Peterik and Frankie Sullivan (Survivor).

I also spoke with Nathan East, who for years played bass for Eric Clapton; Steven Adler from Guns N’ Roses (who now has a new band and is the healthiest he’s ever been); Greg Howe (who grew up on the same streets as me in Easton, PA and has a new band for 2013: Maragold) and Doug Marks (the man who first taught me how to shred with his Metal Method guitar lessons).

These, and many other interviews were the ones where my hands were literally shaking as I was dialing the phone numbers. These are the artists whose music had a major impact on me.

Speaking of music, it just wouldn’t be proper if I didn’t give a shout out to two of the coolest guys I met this year. David Banks (an actor, musician and true metal-head who you will be hearing about in the movie CUT!) and Dee J Nelson (a phenomenal south paw guitarist who also has big things planned for 2013).

As a non-professional, uncompensated writer, I hope that you found my articles and rants to be beneficial and had as much fun reading them as I did writing them. Feel free to comment on some of your favorite articles below.

I hope you’re along for the ride in 2013 and wish you all the best the New Year has to offer!